How to conduct an effective (and defensible) workplace investigation 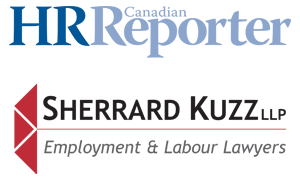 Increasingly, employers are recognizing the importance of conducting a workplace investigation, not only to ensure statutory compliance, but also to discover workplace problems, prevent recurrence, take corrective action and prepare for litigation, mediation or arbitration.

How an investigation is handled is critical. A successful workplace investigation requires planning, preparation, organization, skill, speed and discretion.

While the law does not set out hard-and-fast rules regarding specific do’s and don’ts, at the very least, the investigation must be conducted in a manner that is consistent with the principles of procedural fairness.

If not, the results of the investigation may not be considered reliable by an adjudicator, and the organization may be exposed to liability.

In some provinces, an employer has a statutory obligation to investigate. For example, in Ontario, an employer must conduct an “appropriate” investigation into an allegation of workplace harassment.

In British Columbia, Manitoba and Nova Scotia, an employer has an obligation to investigate an incident of workplace violence.

Beyond a statutory requirement to investigate, common circumstances in which an employer should consider conducting an investigation include (but are not limited to) allegations of:

There are a number of preliminary considerations before an investigation can begin. Each should be considered as soon as possible to ensure the investigation proceeds expeditiously and efficiently. These include:

Who will investigate is an important factor to be considered carefully and strategically. An internal investigator may have the advantage of speed and lower cost, but not the skills, experience or time available to carry out a thorough investigation.

An internal investigator may also not be appropriate if the subject of the investigation is a senior member of the organization.

In that case, it may be advisable to hire an external lawyer to conduct the investigation. Similarly, as noted above, if it may be important to assert privilege over the investigation, it must be conducted by a lawyer for the purposes of providing legal advice.

When conducting an investigation internally, an organization may want to consider having two individuals work together as an investigation team: One to ask questions and one to take detailed notes (though this is not always necessary or logistically feasible).

It is also important the investigation team has a strong working knowledge of the applicable workplace policies, practices, codes of conduct or law alleged to have been breached, as well as the law as it relates to workplace investigations — another reason why it may be advisable to hire an external lawyer to conduct the investigation.

Relevant documents, including electronic files, should be secured and reviewed by the investigation team as soon as possible. This includes practices, policies, procedures or codes of conduct, all of which will help shape the scope of the investigation and identify individuals who will need to be interviewed.

Documents and electronic records created in connection with the investigation should be kept confidential and preserved in a secure location, including any notes taken during the interview process.

Preservation of notes is a necessary and important step, particularly if the investigation may be challenged through litigation.

The objective of the interview is to elicit and record as much detail about the complaint or incident as possible, including: date, time, location, witnesses, what happened prior, during and after the incident, whether the same or a similar incident was previously reported and any prior action taken.

As such, every individual with knowledge of the matters giving rise to the investigation should be interviewed, and be treated with fairness and impartiality.

Whenever possible, open-ended questions should be used to allow the interviewee to tell the story in his own words.

When the investigation arises out of a complaint, the complainant will typically be interviewed first.

This enables the investigator to elicit additional information about the complaint and how the complainant would like to see the issues resolved.

Thereafter the person subject to the complaint and any other witnesses should be interviewed, one at a time.

If additional information comes to light during the investigation, it may be necessary to conduct followup interviews.

Careful, accurate and succinct notes should be taken at each interview. These notes may have to be produced in subsequent litigation. Notes should record:

•who was interviewed and who was present

•where and when the meeting occurred

•what was discussed (in as much detail as possible).

It is very important the notes contain no editorial comments or opinions. Notes must be as close as possible to a verbatim record of questions asked and answered. Should the investigation result in litigation, the notes will likely be produced.

Notes containing editorial commentary could significantly undermine the credibility of the investigation and any subsequent disciplinary action.

Having gathered the relevant evidence, the investigation team will assess, evaluate and prepare a written report of findings and conclusions. The report should:

In most cases, the report of the investigation should be kept confidential and only provided to the individual(s) charged with making the final decision regarding remedial action or discipline.

However, a summary of the findings (not the report itself) should be communicated to the individuals directly impacted, which will generally be the complainant and individual alleged to have committed misconduct.

If the investigation involves a complaint of workplace harassment in Ontario, the complainant and the employee alleged to have engaged in harassment (if he is a worker) must be provided with a written outline of the conclusions reached in the investigation and any discipline imposed.

With every case, care must be taken when drafting the communications to ensure an appropriate balance is struck between transparency and responsiveness and exposing the organization to unforeseen, additional legal liability.

The challenge is maintaining impartiality and the appearance of impartiality throughout. Even small details like the location where interviews are conducted can impact the impartiality. For this reason, we recommend developing a detailed investigation plan in consultation with your legal counsel.

The opportunity is one of effective and proactive management of workplace issues. Conducting a thorough, fair, and effective workplace investigation is key to a successful management strategy.

A proper investigation is also an excellent framework from which to present a case to an adjudicator, and can serve as a helpful tool in limiting your organization’s potential liability.

Green v. Canada (Aboriginal Affairs and Northern Development), 2017 CarswellNat 7095 (F.C.): Katherine Green worked at the Department of Aboriginal Affairs and Northern Development Canada (AANDC). She alleged a senior policy advisor harassed her with unwelcome comments. After interviews and a review of documents, an independent investigator delivered a report that found there was “exaggerated and inappropriate language,” but it didn’t meet the government’s definition of harassment. Green appealed, but the court said the report was “exhaustive in its factual findings and in its consideration of the evidence,” so it was reasonable for AANDC to use that in its decision.

Alberta Health Services and HSAA (Page), Re, 2016 CarswellAlta 2370 (Alta. Arb.): Tim Page was a forensic counsellor at a group home in Edmonton. A new manager learned of an informal shift-sharing practice where staff left shifts early. She interviewed 22 workers and several admitted to doing so, but Page said he did not when a casual counsellor was on duty. An investigation found he was lying, and Page was dismissed. The board agreed the “fraudulent conduct of (Page) over such an extended period of time,” along with his dishonesty, seriously damaged the trust AHS could have in him.

Thomas and Shamattawa First Nation, Re, 2017 CarswellNat 5067 (Can. Labour Code Adj.): Nancy Thomas was a community co-ordinator for Shamattawa First Nation in Manitoba. The band manager learned of an altercation between Thomas and a co-worker and spoke with other employees, but there were no witnesses. The band terminated Thomas’ employment for “verbal and physical assault,” as well as other bad behaviour, but an adjudicator found Shamattawa didn’t properly investigate, Thomas wasn’t interviewed and Shamattawa lacked good faith in its handling of his dismissal. The band was ordered to pay him 40 weeks’ pay plus punitive damages for a total of $57,000.

Can some discussions be banned at work?