Avoid the risk of extra damages for inducement 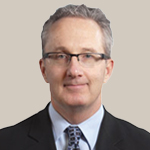 Question: If an employer makes verbal promises regarding the timing of raises and some of the job duties when trying to recruit someone but doesn’t include them in the written job offer, is it liable if it doesn’t keep all of those promises?

Answer: When employers are recruiting or interviewing job candidates, they should take care to ensure the information they provide is accurate and not misleading. Making promises that can’t be fulfilled, or withholding key facts from a candidate, can expose the employer to legal liability.

Employment standards legislation in most provinces prevents misrepresentation in hiring. For example, s. 8 of the British Columbia Employment Standards Act states that an employer must not induce, influence or persuade a person to become an employee, or to work or be available for work, by misrepresenting the availability of a position, the type of work, the wages, or the conditions of employment.

Unfulfilled pre-hiring promises can also give rise to claims for breach of contract, or for the tort of negligent misrepresentation.

It is important to remember that a contract of employment can be oral, or written, or both. Where promises are made in the pre-hiring process, they may be found to form part of the employment agreement between the parties. If the employer fails to deliver on the promise, the employee may be able to make a claim for constructive dismissal or breach of contract.

As far as negligent misrepresentation is concerned, the leading decision in the employment context is Queen v. Cognos Inc. The employee, Queen, was a chartered accountant who was securely employed in Calgary when he interviewed for a job with Cognos, an Ottawa-based software company. Cognos had a number of product lines, including a new line of accounting software known as “Multiview.” In the job interview, the Cognos representative told Queen that Multiview was a major project that would be developed over a period of two years with enhancements and maintenance thereafter, and the staff required to develop Multiview would double within the next few months. What he failed to disclose, however, was that the development funding for Multiview had not yet been approved by senior management, and the job Queen had applied for was also subject to budgetary approval.

Cognos offered Queen the job and he immediately accepted. He signed an employment contract which stated that Cognos could terminate his employment without cause on one month’s notice or salary in lieu. The trial judge found that Queen signed the employment agreement based on the representations Cognos made to him about the Multiview project, and that in the absence of those representations, he would not have accepted the offer and given up his job in Calgary.

Two weeks after Queen started work at Cognos, senior management decided not to approve the proposed funding for Multiview. Queen was subsequently reassigned to different roles and eventually dismissed without cause. He sued Cognos for negligent misrepresentation and argued that by withholding highly material information in the job interview, Cognos had misrepresented the nature of the employment opportunity and induced him to give up his secure job in Calgary. The Supreme Court of Canada agreed and awarded Queen damages of over $67,000.

There are five elements that must be proven for a negligent misrepresentation claim to be successful:

The representation in question must be untrue, inaccurate or misleading.

The representor must have acted negligently in making the misrepresentation. This goes beyond a duty to be honest, and requires the representor to ensure that the information provided in the job interview is accurate and not misleading. This includes a duty to disclose highly relevant information that might influence the candidate’s decision.

The representee must have relied, in a reasonable manner, on the negligent misrepresentation.

The reliance must have been detrimental to the representee, in the sense that damages resulted.

“(The employee) made an independent investigation of the information provided to him and was cautioned on the validity of the information,” said the court. “Those circumstances give rise to the reasonable conclusion that Grant did not rely on the sales figures to terminate his employment with Computerland and to join Oracle. They demonstrate his own optimistic overlook.”

The reasonableness of an employee`s reliance will be measured objectively. In Douglas v. Unitel Communications Inc., the court rejected the employee’s negligent misrepresentation claim arising from changes made to his title and job functions after he commenced employment. The court found that these changes were not contemplated by the employer at the time the employee was hired, and that a reasonable person in the employee’s position would not have expected the employer to provide an assurance that there would be no changes to his title or job responsibilities in the future.

To avoid exposure to claims based on pre-hiring representations, employers should train their representatives to ensure that any promises made in the interview process are not untrue, inaccurate or misleading.

Also, it is best practice to have a candidate sign a written employment contract which contains an “entire agreement” clause, stating that the employment agreement contains the complete agreement between the parties, there are no collateral agreements, no party has made any representations to the other except as specifically set forth in the contract, and any statements or representations that may previously have been made, including but not limited to negligent misrepresentations, have not been relied on in connection with the execution of the contract and are of no effect.