5 key questions about employees working in another jurisdiction

As remote work becomes more of a reality for many workers in a post-COVID world, what are the potential legal ramifications employers have to consider when contemplating a more permanent remote workforce?

Canadian HR Reporter spoke with Toronto employment lawyer Hugh Christie,  managing partner at Ogletree Deakins, about some of the areas to consider when an employee wants to move away to a different province or even another country.

Q: What should employers do when a worker asks to move to another jurisdiction?

A: “Have a conversation with the employee to figure out: whether it’s temporary or permanent; what the other jurisdiction is; and confirm that this would still be a job in the company’s usual location, rather than the employee seeing it as a change to a different jurisdiction.

“It raises a bunch of issues and unpredictability that employers and employees just don’t necessarily expect.”

Q: What items should be included in a work-from-home agreement?

A: “You want to choose which legal regime continues to govern the relationship, that would be number one.

“Number two… make it clear that the employer can bring it to an end or modify it as time goes on without it being a constructive dismissal.

“Number three, you probably want to note that it’s in response to a request by the employee because that sets up a bit more of a sense that the employer didn’t intend to have applied to the work relationship.

“For example, ‘The employee wants to, instead of work in Ottawa, work from home in Gatineau, across the river’ to say Ontario law continues to apply, not Quebec law.

“You want to pay attention to workplace safety [and make] it clear that the employee ought to report any injury suffered while working at home immediately to the company, so that they can make sure that their obligations are covered off. 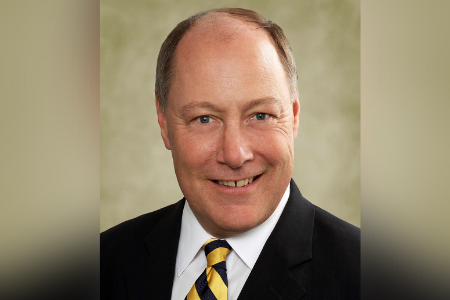 “[You] probably want to have something in the agreement around computer security, and the system that the employee is going to use and making sure it’s secure and private.”

A: “It’s really pretty fuzzy and it’s different from employment standard acts across the country, particularly different in Quebec. Work performed out of Ontario may still be governed by Ontario legislation, if the work is a continuation of Ontario work.

“Similarly, courts have held that if work in Ontario is really a continuation of work predominantly done outside of the province, then the Ontario regime does not apply.”

Q: Are there times when an employer should not allow a work-at-home arrangement?

A: “If by having people in another jurisdiction, all of a sudden they have a presence in that jurisdiction that they don’t want to have, either for tax reasons or for the kind of employment rules that do pose a risk. There’s definitely the risk that the province of Quebec would say, ‘You should be paying tax income taxes here, and you should be filing.’ That means filing a separate return because Quebec doesn’t use the central filing system that the Commonwealth provinces, the rest of Canada all do.

“Where we’re talking about Ontario and Alberta, it would be put in the income tax return, it’d just be applied to both provinces. That’s not true in Quebec: You’ve got to file a separate one. That may be a burden that nobody wants to take on; paying corporate tax in Quebec may well be something that company doesn’t want to take on.

Q: What should HR people be thinking about when these situations come up?

A: “This is going to be a really quickly moving area and not wanting to sound self-serving but they should call whoever their legal representative is to think about it because I expect that there will be cases coming in fairly quickly, as borders reopen.

“When we look back on COVID and litigate its ramifications, most courts and tribunals are going to hold employers and employees up to a test of whether they’ve shown good judgment in a pretty unknown time. If you’ve acted fairly and with sensible judgment, that’ll get you a long way.”

Canadian HR Reporter has also spoken to experts about recruiting and retraining remote workers, and how to prepare for a potential privacy breach.