Policies should set out expectations for performance and return to work

With a remote workforce becoming more commonplace in the wake of the COVID-19 pandemic and lockdown, employers are realizing that the world is primed and ready with new recruitment possibilities.

Canadian HR Reporter asked Toronto employment lawyer Andrew Monkhouse of Monkhouse Law about what things should be considered before embarking on a global quest for talent.

Q: What should employers be thinking about when looking abroad for talent?

“It’s best to work with… specific outsourcing corporations and have them employ the individuals, have them deal with those local issues, because there can be a lot of issues associated with hiring people in other countries; it becomes easier within Canada because the law is relatively standard for employment law across Canada.

Q: What about hiring from the U.S., how different is that from Canadian employment laws?

A: “The United States, it’s very different. It’s state by state because the states are more different than in Canada. As an example, it doesn’t apply directly to employment law, but every state has its own criminal code for instance, whereas in Canada, there’s one criminal code… it’s much more difficult hiring people in the United States, because you have to comply with all of their regulations.

“You probably need local legal counsel as well as legal counsel from the jurisdiction that you’re coming from to work on a deal like that.”

A: “If companies are hiring, often when they’re small, there’s a tendency to have contractors. But if they’re hiring a lot of people, then usually it makes sense to take the jump and have them be called employees.

“If a contractor is doing 100 per cent of work for the company, then they’re not an independent contractor, they’re a dependent contractor which means they are still owed certain duties and could unionize, for instance, if there’s more than one of them, or they could even be counted as an employee.

“Contractors [are OK] if you’re willing to let them actually be independent and you don’t have security and privacy concerns that would require them to be employees.

“Many of those might meet the definition of being an employee if the contractor chooses to fight it out. But as long as the contractor and the employer agree the person is a contractor, very often we can see that relationship continuing.

“It’s only when there’s problems, say the contractor gets terminated [and] after many years, the contractor is upset they didn’t get paid vacation pay, that it really comes up as an issue. 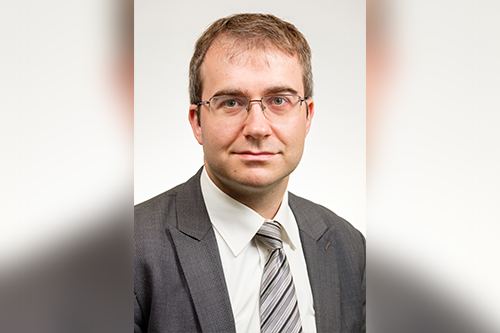 “If your revenue has fallen a lot, we’re seeing more people choose to hire people as employees because they get a wage subsidy because the government is really pushing employment and less so having people be contractors.”

Q: What are best practices for video interviews with remote employees?

A: “From a non-legal perspective and advising clients, I tend to say, ‘Be more understanding.’ If someone’s partner walks by in the background, or a kid comes on for a second or a pet decides to cuddle a screen, it happens on both sides and you need to be more understanding. Things aren’t going to be as ‘perfect’ as they are expected to be in in-person interviews.

“Even if someone has to do the interview from a coffee shop because suddenly their internet goes out in their house, there should be less game breakers in the way that showing up 10 minutes late is usually seen in in-person interviews. If someone’s Zoom randomly stops working or Microsoft Teams for some reason decides to fail on them, there just needs to be more understanding in terms of that.”

A: “They should make sure that they outlined when people will be working, when it’s expected they’ll be available to take calls, because I know a lot of managers get frustrated: They say, ‘I called at 9:30, but then the person wasn’t available.’ The expectations should be set out up front.

“It should be set up to say what their deliverables are, what their key goals are going to be, because there is sometimes often a feeling that remote workers feel they’re often working harder. And their bosses sometimes think they’re not working as hard because they don’t see them.

“[There are] an untold amount of remote workers that I represent where they say, ‘My work was amazing, I don’t understand,’ and the other side says, ‘No, the work was bad. I felt I could never contact them.’ The discrepancy is because of lack of communication, that’s one thing.

“The bigger issue tends to be, to some extent, what happens when an employer says, ‘OK, Ontario’s in phase three or phase four [or] we don’t have any more COVID-19, come back to work’ and the employees say, ‘I can’t come back to work starting Monday, my dogs have gotten used to me being at home’ or ‘We’ve decided to opt my kid out of school’ or ‘I don’t have aftercare because the daycare is closed.’

“My understanding is approximately 20 to 25 per cent of employees, where the business says everybody should come back, they say, ‘I’m not coming, I don’t feel comfortable.’ Twenty to 25 per cent when pushed, refused or returned to work. That’s the key problem at the moment for a lot of companies.

“It’s best to have contract additions that set out all of these obligations: When’s the employee to come back? Under what conditions will that be? It’s better to have people sign off on that or have new policies that make it very clear what the expectations will be so that way, people aren’t surprised.”

Previously, we asked five key questions on screening returning employees while another survey wondered if the nine-to-five workday was a thing of the past.