Can we install a security camera to monitor employee theft?

We’re concerned about an alarming level of theft of company supplies, to the tune of about $10,000 last year. Can we install a surveillance camera to monitor employees in public areas? 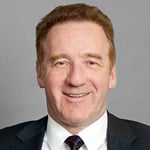 Question: We’re concerned about an alarming level of theft of company supplies, to the tune of about $10,000 last year. We’re a small non-unionized company (40 employees) so $10,000 is a significant loss for us. Can we install a surveillance camera to monitor employees in public areas?

Answer: Since the introduction of the Protection of Personal Information and Electronic Documents Act (PIPEDA) in 2001, and provincially enacted privacy legislation (Quebec, Alberta and British Columbia), public awareness of privacy has increased and the concept of privacy has evolved through interpretations by privacy commissioners and arbitrators.

Therefore, before making a decision to install surveillance cameras, it is critical to determine whether PIPEDA applies to your workplace or whether a similar provincial privacy statute applies. If it does, then the test applied by privacy commissioners in determining justification is:

•is the measure demonstrably necessary to meet the specific need?;

•is it likely to be effective in meeting that need?;

•is the privacy loss proportionate to the benefit gained?; and

•is there a less privacy-invasive way of achieving the same end?

There is very little jurisprudence on the privacy rights of non-unionized employees, however courts and arbitrators have found that any “right to privacy” is not absolute and that, in appropriate circumstances, the “right” may give way to an employer’s interests.

Civil courts have a more relaxed approach to video surveillance evidence than collective agreement arbitrators. Video surveillance is more likely to be admissible in a wrongful dismissal action to prove cause for dismissal, provided the tape has “probative value,” meaning it tends to prove the issues in dispute, and the surveillance was not obtained in a prejudicial manner (as for example, an entrapment situation or an unreasonable invasion of the employee’s privacy during off-work time).

For example, in Richardson v. Davis Wire Industries Ltd., a videotape of a foreman sleeping during his night-shift was admitted as evidence in a wrongful dismissal action. After hearing about the foreman’s activities from other employees, the employer installed a hidden camera in the foremen’s lunch room which recorded his sleeping on three consecutive nights. When confronted, he was untruthful about the extent of his sleeping on the job and he was fired.

Accordingly, if PIPEDA or similar provincial legislation does not apply to your workplace, you can install a surveillance camera to monitor your employees with or without telling them subject to the above cautions. If your workplace is one covered by PIPEDA or similar provincial legislation, and you have consent from your employees, you will overcome the issue of privacy. If you don’t have consent you can install surveillance cameras as long as you can show: that the installation is necessary to deal with the issue of theft; the installation will likely be effective in meeting that need; the benefit of stopping the theft outweighs the potential loss of privacy; and there is no other less privacy-invasive way of addressing the theft.

Brian Johnston is a partner with Stewart McKelvey Stirling Scales in Halifax. He can be reached at (902) 420-3374 or [email protected].