With widespread vaccination, employers have been faced with the dilemma of whether they should require employees to get the COVID-19 shots for the workplace and, in some cases, to even stay employed.

There may be numerous reasons why someone holds out on getting vaccinated, but if they raise a human rights-related issue, the employer has to figure out how to handle it.

And it might make things worse if they try to handle it completely themselves, says Allan Stitt, president and CEO of Stitt Feld Handy Group and ADR Chambers.

“You need someone who has worked at the human rights commission and who knows how to assess the claims in order to make these determinations,” he says.

“It’s not that this is brain surgery, but it is something that you’re better off getting someone who has experience and expertise in making the decision rather than having the HR professionals think, ‘I’ll just try to assess that myself whether it’s valid’ without knowing what the proper standards are to apply, what the rules are, and what’s appropriate. So if somebody says, ‘I can’t take the vaccine for medical reasons,’ I don’t think HR people would say ‘I’ll pretend I’m the doctor and I’m going to assess whether that’s valid.’ It’s not their job.”

There have been mixed results when employers’ vaccination policies have been put to the legal test, an employment lawyer finds.

The implementation of workplace vaccine mandates — initially by the public sector with many private-sector employers soon following suit — has been met with a small but, in many instances, vocal resistance.

“The vast majority of [people who aren’t vaccinated] are either going to say it’s for personal reasons or because of medical reasons,” says Stitt. “It’s only a very tiny percentage of that group that might say it violates their human rights.”

But even one or two people claiming human rights-related reasons can leave the door open for liability, he says.

And most vaccine exemption claims are based on human rights grounds related to the infringement of freedom of religion. 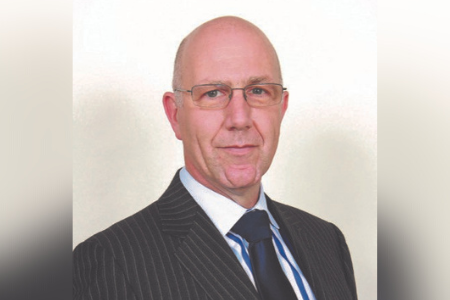 “Once it is far enough along that the employers have the policy and the process for how to deal with it, and they've determined that if someone's alleging a violation of human rights, they want an outside expert to give an opinion about whether it really does,” says Stitt.

The case for religious exemptions is far more delicate than for medical exemptions to vaccination mandates, says an employment lawyer.

A human rights expert obtains the information from the employee in confidence and provides a written opinion on whether the vaccine mandate would be a violation of the employee’s human rights, says Stitt.

And these expert assessments aren’t binding — unless the employer’s policy has established as such — so it’s ultimately up to the employer to make the final decision on what it’s going to do with an employee who doesn’t follow a vaccine mandate, he says. Either way, it’s a decision that should be informed.