Holding an annual holiday party, serving drinks at the office

Is it a bad idea to hold a party on company property? 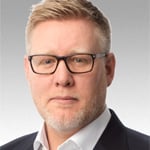 Question: We’re in the early stages of planning our annual holiday party. Our employee committee is tinkering with the idea of hosting the party in one of our large conference rooms at the office on a Friday night. Alcohol will be served – but not an open bar. (We’ve read enough articles in Canadian Employment Law Today over the years to know that’s a bad idea.) But we still have some concerns about employees drinking and partying in a place where they normally work. Outside of our human resource concerns, does having the party on company property increase our liability in any way? Or is the liability the same regardless of where the party is?

Answer: It is possible than an in-office location could contribute to an increase in the potential for liability. In such a case, the employer has clear control over the premises and the activities being conducted there. It would also open the door to an argument for liability based on unsafe workplace premises, a factor in one of the decisions holding an employer liable for intoxication-related injuries following an office party.

However, the choice of an off-site location does not substantially alter the duty an employer would have to ensure the safety of its employees in circumstances where alcohol is to be provided at a company-sponsored party. In theory, liability is premised on whether there is a reasonably foreseeable risk of injury in the circumstances and the party host has failed to take steps to prevent the risk from materializing.

In providing alcohol, an employer places itself in a situation of potential liability regardless of the location in which the alcohol is provided. Even without an open bar, it would be very difficult to monitor individual employees’ consumption of alcohol or be aware of their individual tolerance levels. It is an employer’s lack of monitoring and supervision of employees who have been drinking that typically provides the impetus for imposition of liability.

If alcohol is served or permitted to be served to an obviously inebriated person, or a visibly intoxicated person is allowed to drive or undertake some other activity creating a potential danger during the course of an office party, the location in which the party took place would provide no defence. Only the taking of reasonable steps to avoid the danger would suffice.

Note that the Supreme Court of Canada recently heard an appeal on social host liability in the case of Childs v. Desormeaux (Ont.) (S.C.C. File No. 30472). The appeal was heard in late January. The court has not yet delivered its reasons but it seems likely that there will be some guidance forthcoming in the very near future on the duties owed by party hosts generally to their guests.