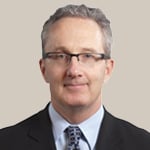 Question: How do limitation periods apply to employment standards legislation? How would they apply when high-level and personnel decisions are handled in the head office in a different province from a satellite branch?

Answer: Generally speaking, Canadian employment standards legislation contains two kinds of limitation periods. One establishes a deadline for the initiation of a complaint under the statute. The other sets out the maximum number of months of unpaid wages for which an employer may be held liable.

Under the British Columbia Employment Standards Act, complaints under most sections of the statute may be filed by a current employee at any time. If the employee has been dismissed, however, the complaint must be initiated “within six months after the last day of employment.”

Until recently, most courts refused to entertain claims for violations of employment standards legislation, and held that such claims could only be pursued using the complaint mechanism set out in the applicable statute. However, the B.C. Supreme Court recently ruled the minimum employment standards set out in the legislation are implied terms of an employment contract, thereby enabling an employee to commence a civil action to enforce those rights, as in Macaraeg v. E Care Contact Centers Ltd.

Moreover, the court found in Holland v. Northwest Fuels Ltd. that while the minimum standards set out in employment standards legislation are implied into the employment contract, the statutory provisions establishing a deadline for advancing a claim and limiting the employer’s liability for unpaid wages are not. These decisions are of concern to employers because they can significantly expand the employer’s potential liability for claims for unpaid wages.

If an employee works simultaneously in several different provinces, or is assigned temporarily outside of her home province, it may be difficult to determine which employment standards statute will apply. In such situations, the test will be which jurisdiction has a “sufficient connection” to the employment relationship: British Airways Board v. British Columbia (Workers' Compensation Board). In Re-Can Achieve Consultants Ltd., the B.C. Employment Standards Tribunal held that a “real presence performing work within the province” would have to be established for a sufficient connection to be found.