Is psychedelic therapy the next big thing?

‘People can have profound, meaningful breakthroughs to address underlying causes of depression, anxiety, PTSD and other mental health conditions’

Things could become much worse in the future, says Ronan Levy, co-founder and executive chairman of Field Trip Health in Toronto, in an interview with Canadian HR Reporter.

“Over the next couple of years, depression and anxiety disorders are expected to become the leading global burden of disease, which means depression and anxiety will actually cost the global economy more than any other condition out there. And the reason for this is primarily, because of lost productivity ─ either employees are not as productive if they're dealing with mental health challenges or they miss more work days because of mental health challenges.”

Psychedelic-assisted therapy may just be the answer, he says.

“What we’re seeing with the research and the evidence around psychedelic therapy is that people can have very profound, meaningful breakthroughs that help them address many of the underlying causes of depression, anxiety, [post-traumatic stress disorder] (PTSD) and other mental health conditions [in] very rapid paces.”

Psychedelics also work well compared with traditional medication such as antidepressants, he says.

“They take a long time to work – often six to eight weeks before people experience the benefits of antidepressants. And the side effects associated with antidepressants tend to be very severe, such that most people stop using [them] within six months, not necessarily [because] they’re better, mostly because the experience of being on antidepressants is so unsatisfactory for so many people that they stop using it. And people often report that... they feel dull, and so it’s just not a pleasant experience.” 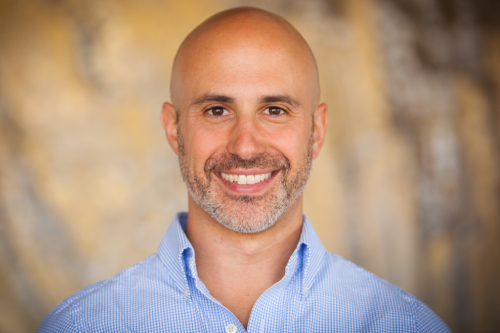 Even if people who do use antidepressants successfully, their improvement, on average, is pretty limited, says Levy.

“It doesn’t mean it’s bad, it just means it’s not significant for most people. Whereas with psychedelics, what we’re seeing is that they’re very rapid-acting, so people often experience improvements in mood within 30 minutes to an hour of taking a psychedelic. In the context of psychedelic-assisted therapy, the benefits can be sustained for a long period of time, so you’re not taking a pill every day.”

Generally speaking, the side effects associated with psychedelic-assisted therapy are limited if not positive, he says.

“People tend to report increased creativity, increased empathy and more openness to alternative viewpoints following a psychedelic therapy session. And the improvements are significant, lasting for weeks or months at a time.”

There has been a lot of talk about psychedelics, but many of these issues are misconceptions, says Levy.

“There's a significant misconception that psychedelics are very dangerous drugs. In fact, evidence suggest that, relative to both illicit drugs as well as many pharmaceuticals, psychedelics are among the safest drugs out there. It tends to be non-addictive. It’s very hard to overdose on psychedelic drugs. So, relative to say cannabis – which is something that most people generally view as safe – psychedelics actually seem to be safer.”

There’s also a stigma or misconception around the idea of a “bad trip,” where people have very intense and negative psychedelic experiences, he says.

“The evidence seems to suggest is that there’s no such thing as a ‘bad trip’ per se, there’s only hard experiences and easy experiences. Hard experiences can actually be the most therapeutic and most productive provided that you have the right therapeutic support with you. But if you don’t have that, then it can be a more challenging experience.”