Winner, Employment Lawyer of the Year

When James LeNoury took over Joseph Wilson’s case five years ago from a colleague, he thought it seemed pretty clear cut.

“His allegations were that he had been unjustly dismissed as a result of his having complained about improper procurement practices… I thought it was a fairly straightforward unjust dismissal complaint,” says LeNoury, principal of LeNoury Law in Toronto, who was given the Employment Lawyer of the Year Award.

Fast-forward to July when the case was heard by the Supreme Court of Canada, which ruled in Wilson’s favour. This came after a labour arbitrator had also ruled in favour of Wilson, only to have that decision overturned by the Federal Court. The Federal Court of Appeal upheld the decision, which led Wilson and LeNoury to appeal to the Supreme Court.

Wilson was a non-unionized supervisor in the procurement department at Atomic Energy of Canada Limited (AECL), headquartered in Chalk River, Ont. He worked for the company for four years before he was terminated in 2009 without cause. Although he’d been provided a six-month severance package, Wilson sought written reasons for his dismissal as he suspected AECL’s true motive was reprisal for his earlier allegations of corruption.

AECL said it did not need to provide reasons as Wilson was terminated on a non-cause basis and was provided a generous severance package.

However, the Supreme Court confirmed federally regulated employers cannot waive the unjust dismissal provisions by giving a severance package — regardless of whether the employee is unionized or not.

In 1978, Parliament added a series of provisions to Part III of the Canada Labour Code around unjust dismissal. This scheme consists of a variety of protections  similar to those available to unionized employees and “applies to non‑unionized employees who have completed 12 consecutive months of continuous employment,” said the Supreme Court in its Wilson decision.

Among those protections were the ability to ask for a written statement setting out the reasons for dismissal and an adjudicator requiring the employer to issue back pay or reinstate the employee.

“(The Supreme Court) said the intention of the government when it introduced unjust dismissal provisions… was to ensure non-unionized federally regulated employees would be entitled to protections similar to those employees in a unionized environment,” says LeNoury. “The Supreme Court has affirmed again that federally regulated employees who fall under the qualifications can only be terminated on a just cause standard.”

The long road for Wilson and LeNoury stemmed from the fact that some adjudicators have taken a different approach to the interpretation of the unjust dismissal provisions. While more than 1,700 cases took the status quo interpretation that an employee could not be dismissed without cause, 18 said if an employer satisfied the requirements for the minimum remuneration owed as outlined in the code or according to the common law (whichever amount was higher), the dismissal would not be unjust.

That was the interpretation accepted by the Federal Court of Appeal in this case. This prompted the Supreme Court to write in its decision: “What we have here is a drop in the bucket that is being elevated to a jurisprudential parting of the waters.”

Now, the Supreme Court has cleared things up.

“(The Supreme Court) upheld the interpretation that had been accepted by the vast majority of labour scholars and adjudicators for over 35 years (and not) the position of the outliers; the miniscule number of adjudicators who had taken the position that under the code, an employee could be dismissed without just cause,” says LeNoury.

“The Supreme Court gave an interpretation that settles the matter.”

Before making it to the Supreme Court, LeNoury was surprised by the high volume of calls he received from labour lawyers (both those who represent managers and those who represent employees) urging him to keep fighting for Wilson and the 500,000 non-unionized federally regulated workers whom the decision would impact.

“They said the interpretation of the Federal Court, both at the trial level and Court of Appeal, on the statute was wrong and it needed to be dismissed,” says LeNoury. “That response… certainly brought it clearly to my attention that this was going to be an important case.”

Remedies
One of the items that has surfaced since the Supreme Court decision is the issue of remedies. Those unfamiliar with the code provisions have jumped to the conclusion this means workers are guaranteed employment for life. However, reinstatement is only one of the remedies available in an unjust dismissal situation.

“If you look at the history of the application of the statute, reinstatement is one of the remedies but it has only been applied in 10 per cent of cases,” says LeNoury. “What adjudicators look at is whether it makes sense to reinstate the person or if there are other remedies that can be applied. It’s not ‘The sky is falling. Every employee has the right to a job for life.’ It’s used with discretion based on the facts of a particular case.”

Adjudicators have discretion to award other remedies, including open‑ended equitable relief and damages beyond common-law reasonable notice equivalent to whatever compensation the worker would have received if her employment had continued.

This case does not preclude federally regulated employers from firing with just cause, such as performance issues, stealing, assault, breach of the human rights act or breach of the occupational health and safety act. Additionally, employers can still lay off workers due to a lack of work or if the job is being eliminated.

The status quo interpretation of the unjust dismissal provisions has served as a deterrent with respect to unionizing for many, many years.

“Employers who have been concerned about a union-organizing drive have been able to say, ‘Why do you need a union when you have the job protection under the unjust dismissal provisions that you can only be terminated for just cause?’” says LeNoury.

If the Federal Court and Federal Court of Appeal’s decision had been upheld, that deterrent aspect would have been eliminated and unions would have had a strong pitch to make with respect to unionizing, he says.

Provinces, territories
Another issue that came up with the Supreme Court decision is whether the unjust dismissal provisions should be imported in some way in the provinces and territories, notably Ontario, which is currently undergoing a review of its Employment Standards Act.

Throughout the case, LeNoury had the privilege of working with scholars from across the country, including professor Harry Arthurs who was commissioned in 2006 by the Minster of Labour to review Part III of the Canada Labour Code.

“I recognize and am very appreciative of the team effort,” says LeNoury.

The support was also across the spectrum, as many recognized the status quo had been working for both sides — employer and employee — for years and respected the true purpose of the unjust dismissal provisions.

“I am a management-side employer, primarily, and yet it was a fundamental interpretation legal issue that brought people together to look at the law and prepare and argue the law,” says LeNoury. “Everybody worked collegially in this way to respond to a decision that everyone felt the interpretation was just wrong.”

Although LeNoury had no idea of the impact of this case when he took it on in 2012, he was glad to have the opportunity to be a part of something so far-reaching.

“As a lawyer, that was a pretty meaningful experience to go from day-to-day lawyering and resolving files… to be involved at a level like this with a legal issue that was important to the country, to 500,000 people and was important to lawyers and legal scholars.”

At this point, LeNoury is in the process of setting hearing dates to review the merits of Wilson’s complaint that he was terminated as a result of bringing to light improper procurement practices.

“It’s been long and understandably not something Joe Wilson expected when he filed, on its face, what seemed to be a routine complaint,” says LeNoury. “Seven years later, he still hasn’t had his case determined on the merits. He needs a decision so he can move forward.” 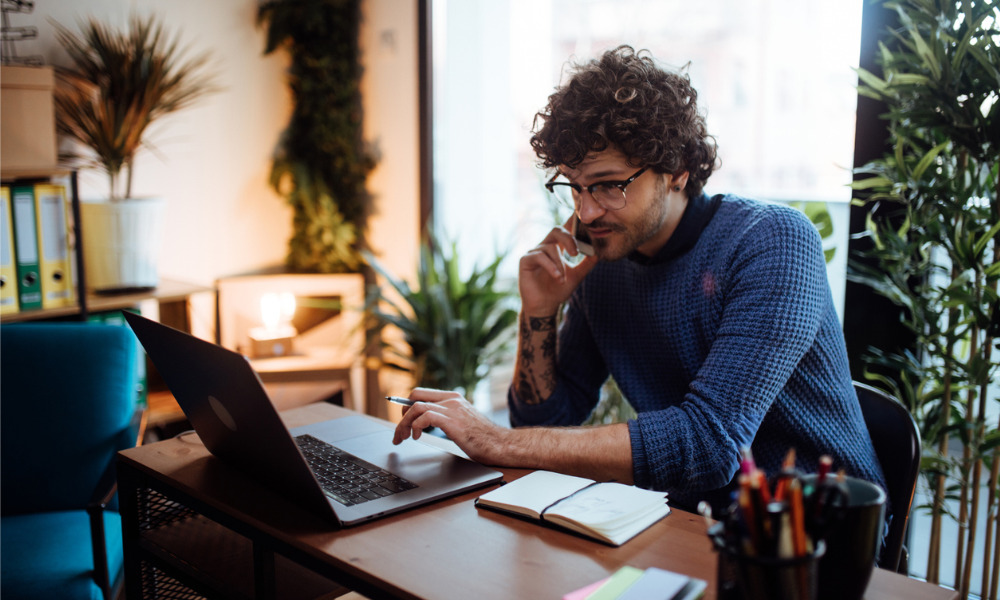