How to boost diversity in tech

Many companies talk about increasing their diversity in terms of gender but one technology company can boast 54 per cent of its staff are women.

“To be honest, I don’t believe we’ve ever had the conversation to make sure that that happened but it’s just intuitive to do that,” says Patrice Williams, HR operations manager at Vuram in Tampa, Fla. “Diversity is good, no matter what. It’s always good to have folks have different genders, different nationalities, to incorporate the best in your organization.”

As an African-American, Williams says he feels this fact has also assisted in the company’s ongoing quest for diversity.

As a technology firm, Vuram typically expects to receive dozens of applicants when it advertises openings, says Williams, and “I try to do my best to be as diverse as possible as the candidates are brought in. If we have to sort through 50 to 100 resumes, if that’s what it takes to take the bias out of it, that’s what we have to do.”

“I definitely do my best to seek out women applicants, and try to understand their backgrounds,” he says.

Once onboard, flexibility has always been one of the tech company’s hallmarks.

“Even prior to COVID, because we’re in technology, we certainly provide everyone with a laptop so they could do their assigned tasks at home or in office,” says Williams.

Allowing employees to work at their own pace is also another way to show commitment to those who may have other responsibilities such as child care, he says.

“We certainly do not micromanage. That’s just the philosophy that we have. We certainly ask for productivity but if you have an appointment, if you have anything that that may come in the way, you could request time off but we certainly don’t hold folks to a rigid nine to five schedule.” 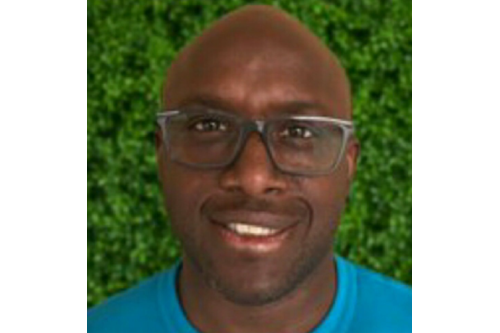 “From an HR perspective, we certainly ensure that everyone knew we not only had the employees’ best interest in mind but their families as well,” he says.

When it comes to taking vacations, people aren’t penalized or restricted from taking time off if they haven’t accrued it for the year.

“Little things like that we made as a company to try to give our folks, in particular females, males as well, the flexibility to know that they could essentially work around that schedule and request time off when applicable,” says Williams.

It’s important to reach out to other organizations and see what they are doing to increase diversity, he says, and apply some of those same lessons.

“I’ve just recently started reaching out to some of the tech companies in Tampa and there was one, they had started a conversation relative to folks with autism, high-earning folks with autism that are graduated from various schools in the area. I sat in on that conversation, and just being aware and really just trying to understand what’s out there in the community, and how we can certainly assist in those gaps and see where we could fit in.”

“Our next hire might be one which is on the on the spectrum because of me sitting in and understanding what’s involved in some of the strengths and opportunities that some may or may have,” he says.

One success story that is particularly poignant with Williams involves a junior developer who began her working career as a florist.

“When I go to job fairs, I literally always bring that up because she’s doing a phenomenal job now; she’s looked to as a leader in her project and talking about your humble beginnings,” he says.

“She’s my shining example of someone who went to boot camp and now is thriving in this field. I can’t think of anything that’s further different from a florist to a junior developer.”

Meanwhile, in Canada a new program offers companies a way to show they are a “safe space” for the LGBT+ community and we looked at some best practices overall for diversity and inclusion.

Provinces, employers to observe National Day for Truth and Reconciliation