In the past, 'violence was just part of the job and workers weren't reporting it'

Well before the pandemic, health-care organizations have faced the risk of violence thanks to the stresses and demands of the environment. And the pandemic has only worsened the situation.

To that end, three new toolkits were recently made available for free dealing with the areas of work refusals, emergency responses and care transition.

“Ideally, we’d like every healthcare organization in the province to be using them or a somewhat similar process to deal with the highest risk factors,” says Henrietta Van hulle, vice-president of client outreach, stakeholder and government relations at the Public Services Health Safety Association (PSHSA) in Toronto.

The new set of toolkits join five previously released by the organization, which started the process in 2015 by partnering with various labour unions and employer associations.

“They were concerned that workplace violence events were increasing in frequency but also severity; some things were actually quite horrific in the severity of the assaults on frontline healthcare workers. So we started a conversation to pitch a process where we would get a group of stakeholders together and identify what the biggest contributing factors were and where they saw the biggest gaps in what should be a workplace violence prevention program,” she says.

In the past, many health care workers “thought violence was just part of the job and they weren’t reporting it unless they were really seriously injured and they were going to lose time from work. They thought, ‘This is happening and there’s nothing that can be done about it,’” says Van hulle.

So part of the conversations meant eliminating these attitudes among workers.

“That was a mindset that we and our stakeholders were trying to change, that it is not OK, and if you report, it can be investigated and there are measures that we can work to put in place,” she says.

The toolkits are designed to be used by any health-care organization in the province, from the largest to the smallest, says Van hulle.

“We wanted to make sure there was no duplication and everybody would have access to it. We would build it, we would provide it for free for all healthcare organizations across Ontario and by putting forward a strategy and dedicating staff to it, we could make sure that it was scalable so it could be used in a big hospital, a small hospital or a home-care organization, nursing home or a long-term care facility.” 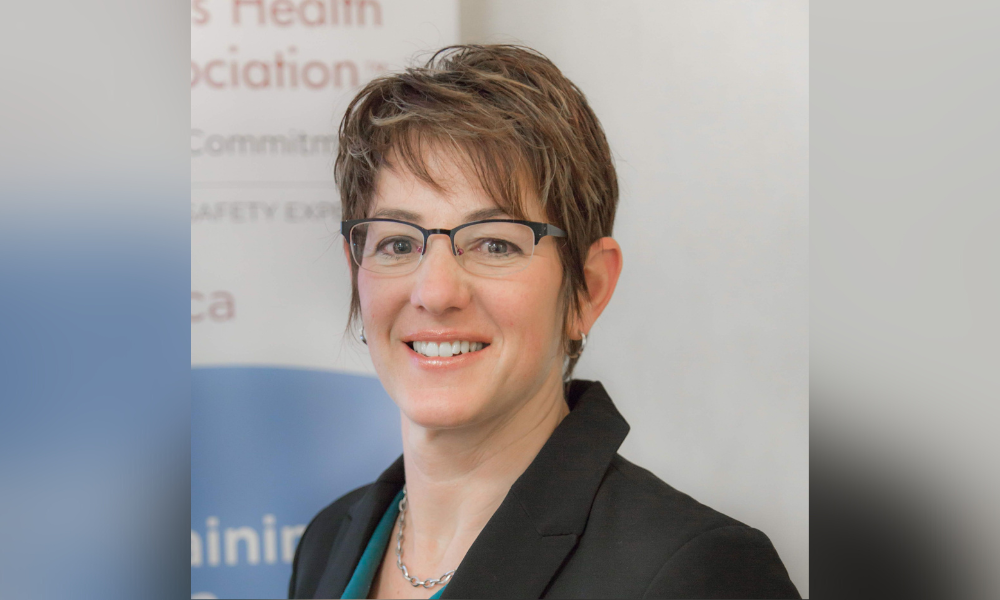 The kits are also meant to be useful pieces at health-care settings that may not have violence prevention measures already in place.

As part of developing the resources, comprehensive “risk assessments” were made on-site to help frontline workers recognize a problem before it escalates too much.

“We were able to pull ‘What are some of those things that we see before they actually become violent?’ so we could put those into a checklist so that the frontline healthcare workers could use that as an assessment tool,” says Van hulle.

So far, 89 per cent of the hospitals that are using the toolkits say they are improving their processes, programs or systems, she says.

“We have other provinces who are using our tools and we have quite a few different health systems in the U.S. that are using it — probably about six or eight that I’m aware of — that actually reached out to us and asked for permission so it’s more than just Ontario that’s seeing the benefit as well.”

A recent study detailed the extent of the problem in Ontario and anti-vaccine protesters are starting to inflict violence on health-care workers, according to two medical associations.