A recent ruling from an Ontario court could see the “floodgates open” to a slew of new cases against employers that temporarily laid off workers in the early days of the pandemic, says an employment lawyer.

“This is a really huge decision and it should be a huge concern for employers,” says Stuart Rudner, founder of Rudner Law in Toronto, in talking to Canadian HR Reporter.

“It follows on what I and others said about a year ago, which is that there is a very real risk that most employers are putting people on temporary layoff and the same would apply for the IDEL [Infectious Disease Emergency Leave Regulation] that would be open to claims for constructive dismissal.”

At the heart of the case, Coutinho v Ocular Health Centre, is the temporary leave regulations that were implemented by the Ontario government last spring.

In this case, an employee was locked out of the workplace over a dispute among senior management but she was still being paid. Later in May 2020, she was advised that she would be placed on temporary layoff due to the effects of the pandemic.

While Ontario workers were able to access job-protected leave and employers were allowed to temporarily lay off workers due to the COVID-19 pandemic, the recent Superior Court decision found that an employee’s common-law right to declare a constructive dismissal was not eliminated because of the IDEL provisions.

While historically under common law, “putting somebody on temporary layoff has always been a constructive dismissal unless they agreed to the layoff, either in their contract or at the time of layoff,” says Rudner, last year saw “many businesses in an impossible position and they either had to lay people off or see the business fail.”

There has so far been no word about an appeal in the Coutinho case, but it very well might be pursued at some point, according to Rudner.

How to avoid claims for constructive dismissal

For employers, there are steps that can be taken today to help mitigate potential future claims, he says. 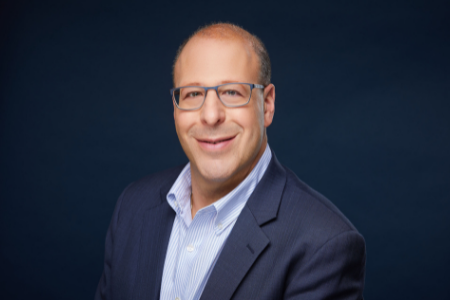 In addition, employers should get the consent of all or at least most of the employees to be put on layoff, says Rudner.

“Of course, constructive dismissal is only a valid claim if the employer unilaterally imposed a change; if the employee agrees, then they can’t make the claim.”

“If management is taking a cut in pay, for example, and then they ask the employees to take a similar cut in pay, they’ll be much more willing to go along with it. Whereas if the perception is that management is continuing to get their full compensation and their bonuses but they are laying off the workers or cutting the workers’ pay, then it’s far more likely that they’re going to go see an employment lawyer and bring a claim,” says Rudner.

For HR, now is the time to act before a case may be launched.

“The biggest lesson from the past 14 months now is to go back and take a look at your core HR documents, your contracts and your policies because the last 14 months have probably identified a number of gaps, including probably the lack of a temporary layoff clause, including a lack of fulsome policies on things like remote work or health and safety. Now’s a good opportunity to look at where you had issues and how they could be fixed.”

Not offering flexible work options? You could lose out on talent