Navigating the “new normal” during the COVID-19 outbreak is tricky business, as one employer in New York is finding out in returning employees to the office this week.

Nobody has yet written the playbook on how best to return employees to the office, says Michael Colacino, president of the real estate firm SquareFoot in New York.

“You can encapsulate what happened in the past, but you can’t really anticipate what might need to happen in the future. We’re going to do our best because there’s no alternative right now. One of the takeaways from this whole thing is not to be too sure that whatever we figure out in this interim period is going to be the status quo going forward.”

Deciding how to go about getting employees safely up to the ninth floor in SquareFoot’s Manhattan office is something that might have to be figured out on the fly, he says, as the offices are located in an older building with slow elevators.

“It wasn’t designed with large amounts of office tenancy, especially not at today’s level of density. But when you think about how people are going to allocate elevator time, if there’s someone in the building saying, ‘I’m sorry, but instead of the eight people that would get in ordinarily, only four can get in or three can get in,’ there’s no governmental suggestion that we could tap into.”

Work schedules will have to change to allow for spontaneity that was in place in the past, as workers were able to meet serendipitously and exchange ideas in the old setup, says Colacino.

“The nine-to-five workweek that we’ve really kind of routinized is going to die because of this.” 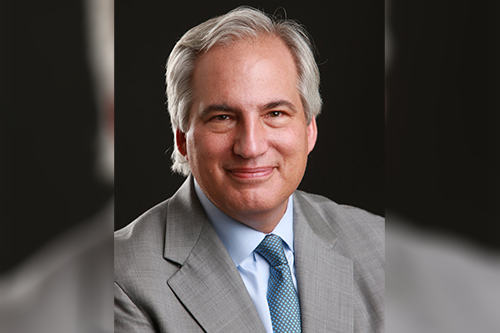 Maybe some workers will go in early, while others will start later to decrease the overall density in the office, suggests Colacino.

“The benefit is the overlap. Instead of having to guess when everybody is going to be in the office together, there’s that period between 11 and two, when everybody’s there. All you need to get that to happen is a recalibration of people’s ideas about the workweek. There’s nothing sacrosanct about 7 a.m. in the morning, or 7 a.m. in the evening, we’ve made it that way because it’s easiest, but when you’re faced with an actual life-threatening disease, would you rather take a risk on getting sick and dying or have your work hours shifted to accommodate everybody’s health and well-being?”

SquareFoot has developed an-house tool to best position workers in the office who have been at home since early March.

“We created a network in which the nodes are the people in the company and the arcs that connect the nodes are the amount of communication between the people, measured in a variety of ways including email traffic and other communication methods,” he says. “Then you run an optimization algorithm that combines the people together in a way so that their physical connection maps into their electronic connection.”

Mental health and return to work

Reaction so far has been mixed with the 59 employees returning to work, according to Colacino.

Many workers still feel uneasy about going back to the office, according to one survey, while another found that almost three-quarters feel comfortable working from home.

Nobody is really talking about isolation, the loneliness, the sadness that comes from not being able to interact with other people, and the long-term consequences, he says.

“We’ve only had a three-month sociological experiment, but everybody’s been required to be at home.”

And HR’s role will change dramatically in the post-COVID landscape.

“They’re going to put their highest priority and the safety on the well-being of the people in the organization. That is going to make them more important than they’ve ever been in the past, because now they’ve become the gatekeeper for sets of processes and protocols that are designed to keep people from getting sick. It’s an awesome responsibility and not something to be undertaken lightly,” says Colacino.

“HR folks are going to have to figure out if someone’s coughing, and they’re sitting next to you, and you go to HR and you complain, what do you do? Do you say, ‘I’m sorry, you have to go home,’ and the person says, ‘No, it’s just seasonal allergies.’ The future of HR is going to be as a caretaker of a set of processes, best practices and processes for making sure that nobody infects everybody else.”