‘I have to remind my team often that we can’t fix everybody’s problems’: VP of HR

As a company that still considers itself to be in a “startup mentality,” Hamilton’s Collective Arts brewery — founded in 2013 — continued along its aggressive growth path as the first wave of COVID-19 rolled into Ontario.

“We had a training session on-site for all of the managers literally the day before everything shut down with the intention of rolling out a number of different training programs,” says Jennifer Pavicich, vice-president of HR, legal and administration. “That next morning, we essentially told anyone that was able to do their job from home, to pick up their desk, and then for the foreseeable future, we’ll be working from home.”

As an essential service provider of various alcohol products including beer, cider and gin, the company didn’t have to shut down its manufacturing operations and quickly increased its e-commerce presence.

To help at-home workers adjust, the brewery offered a home office reimbursement. As well, the company doubled its efforts to communicate and keep workers in the loop.

“We started all-staff calls and we flipped everything to virtual. We started getting our CEO in front of staff or at least getting a call every couple of weeks and then I was sending messages out; policy updates, what’s going on, almost I would say not daily, but very, very frequently,” says Pavicich.

While the pandemic has continued to separate workers, that aspect became particularly difficult to stomach during its regular four-month cycle when product artwork would change, she says.

HR steps up to help

“I have to remind my team often that we can’t fix everybody’s problems, we have to make sure people are heard. And that’s honestly the most important thing is sometimes someone needs someone to listen to them, sometimes someone just wants to raise this issue and then once it’s raised, they go on their way, and everything seems to resolve itself.” 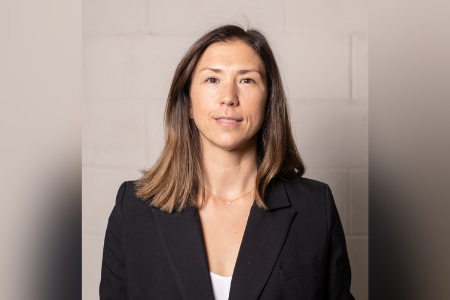 Listening and understanding to employees goes a long way toward keeping that patience intact, she says.

“It’s making sure they feel heard and then doing what you can to make it fair and equitable for everybody as well, that everyone’s sort of getting the different benefits that we’re trying to provide.”

Meanwhile, stress in the workplace is causing almost 40 per cent of workers to leave their current jobs, says one survey, while leader empathy during these tough times is needed more than ever, found a Randstad report.

The brewery also began to rely more heavily on cloud-based HR software from Humi, which “became pretty important for us, because I was using the announcements function to then blast out notices to all staff. We also use that for all of our policies and so people could acknowledge what was going on,” says Pavicich.

Are leaders overlooked when it comes to mental health?