Companies generally don’t want to pay their dismissed employees bonuses that accrue after the termination date. But drafting policies to achieve that is easier said than done. Matthew Tomm looks at a series of court decisions that examine circumstances when dismissed employees are and aren’t entitled to bonus payments following termination.

Entitlement to bonus payments can be a bone of contention when employees are dismissed and their reasonable notice is being determined. The recent Ontario Court of Appeal decision Dawe v. The Equitable Life Insurance Company of Canada provides an important example of a policy that was effective in limiting the dismissed employee’s entitlement to a bonus. Other recent jurisprudence gives further guidance as to what works and what doesn’t, which employers can draw on to draft better policies.

It is common for companies to require their employees to be “actively employed” as of the payment date to be eligible for bonus payments. Employees who are dismissed without notice prior to the payment date are then denied bonuses that would have accrued over the notice period, being apparently ineligible under the straightforward terms of the plan. However, in Paquette v. TeraGo Networks Inc., the Ontario Court of Appeal rejected that approach, finding that a requirement of “active employment” alone is not sufficient.

TeraGo’s bonus program provided that an employee who was “actively employed by TeraGo on the date of the bonus payout” was eligible for a payment, but not otherwise. But the Court of Appeal concluded that the dismissed employee’s claim was not for bonus pursuant to the terms of the plan but was rather for damages for the loss of opportunity to earn bonus, which would have been earned if the employer had given reasonable notice of termination.

The court in Paquette held that, first, it must determine whether the bonus plan was an integral part of the employee’s compensation package, which would entail a right to common law damages for its loss. At common law, an employee is entitled to damages that place him in the position he would have been in but for the without-notice dismissal, which generally means compensation for whatever would have been paid until the end of the reasonable notice period. Second, if the right to common law damages applies, the court must decide whether the terms of the bonus policy restrict or abrogate that right. That is, does the language clearly remove the right to damages over the notice period for the loss of opportunity to earn bonus?

TeraGo’s simple requirement of “active employment” did not pass muster. It allowed the employee to argue that, but for the wrongful dismissal, he would have been actively employed as of the payment date and consequently he should get the payment.

Paquette ushered in an era of uncertainty around what language would be effective to restrict entitlement to bonuses that accrue after termination.

•  “An Eligible Participant must be employed by the Corporation on the date an award is paid in order to receive an award.”

•  An Eligible Participant terminated without cause will be entitled to receive only pro-rated awards “to the last day of active employment, regardless of whether notice of termination is given or not given and regardless of whether the termination is lawful or unlawful…” (The prorated awards were defined as the “Terminal Awards” and in this case amounted to considerably less than what would have been earned over the notice period.)

•  “Awards earned and awards actually paid shall not be considered in determining any entitlement to termination, severance or common law notice or payments in lieu of notice.”

The lower court followed the Paquette analysis and concluded that the plans were unclear and did not successfully displace the employee’s right to common law damages for breach of contract. The judge pointed out that, in some key clauses, there was no specific reference to common law entitlement or the statutory notice period. “Simply put,” the judge wrote, “the wording is unclear and confusing.”

However, the employer’s argument fared better on appeal. The Court of Appeal reviewed the same clauses and was satisfied they were sufficient to oust the right to common law damages. The court held that the motions judge erred in reading the clauses in isolation from one another. Reading the plans as a whole, there was no ambiguity. They went beyond stipulating that “active employment” was a precondition for receiving a bonus. They “anticipated the very event that occurred” — the employee’s dismissal without cause — and thereby restricted the employee’s common law rights on termination.

Further guidance  from the jurisprudence

The jurisprudence following Paquette has evolved and now paints an increasingly clear picture of what language will suffice to disentitle employees to bonus pay after termination, and what will not. Many employers will recognize the following examples (for better or for worse) in their own policies.

Notable cases where the language was enforced are:

•  Carroll v. ATCO Electric Ltd: This case addressed a stock options plan and a Share Appreciation Rights plan. Both plans provided that any options/rights that have not vested as of “the date on which the participant actually ceases to be an officer or employee of the Corporation … (without regard to any statutory or common law notice periods which may otherwise be required for the termination of employment) shall immediately terminate…” The court found that the parties had contracted to extinguish any right of recovery where the employee does not work during some or all of the notice period.

•  Kieran v. Ingram Micro Inc.: This case involved a stock options plan, which stated that shares would be repurchased by the company at the lower of their market value or the original purchase price, if the participant’s employment “is terminated for any reason other than death, disability … or retirement … prior to the time when all Shares have become Unrestricted Shares…” The plan further provided that that the termination of employment for any reason “shall occur on the date Participant ceases to perform services for [the Company] or any Affiliate without regard to whether Participant continues thereafter to receive any compensatory payments therefrom or is paid salary thereby in lieu of notice of termination.” These terms were upheld, having specifically addressed entitlement in the event of termination without just cause or notice.

Some notable cases where the employer was unsuccessful are:

•  Carroll v. ATCO Electric Ltd (cited above): An executive bonus plan stated that, if a participant’s “employment is terminated for any reason, whether with or without cause, prior to the bonus payout, the participant will not be entitled to any bonus payment…” Crucially, the plan did not stipulate whether the termination of employment takes effect on the date notice of termination is given, the actual last day of employment, or the date on which the notice period concludes. The court found the plan did not specifically eliminate entitlement over the notice period and awarded damages for the bonus.

•  Grainger v. Pentagon Farm Centre Ltd.: The relevant bonus clause entitled employees to an “annual performance bonus” of “2 per cent on increased growth over the first five millions [sic] dollars in total sales.” The company argued that the reference to “annual performance” should be interpreted to entail that an employee must successfully work an entire year before becoming entitled to the bonus. The court disagreed and awarded damages, despite the fact that the employee did not work through the entire plan year.

•  Lin v. Ontario Teachers’ Pension Plan: A short-term incentive plan stated: “In the case where … the Participant’s employment is terminated by [the company] prior to the payout of a bonus … no bonus shall be earned by or payable to the Participant.” The wording did not unambiguously alter or remove the respondent’s common law right to damages. It did not specifically address entitlement to payments that would have been earned over the notice period.

Company bonus policies have received some rough treatment from courts in recent years. However, employers can learn from the defeats and successes of others. The uncertainty engendered by Paquette is slowly diminishing as new cases fill out the legal landscape, permitting employers to review their policies with the benefit of these precedents.

Matthew Tomm is a sole practitioner in Calgary.  He advises employers and employees in all aspects  of employment and human rights law. Matthew can  be reached at (430) 264-4855 or tomm@matthewtommlaw.com. 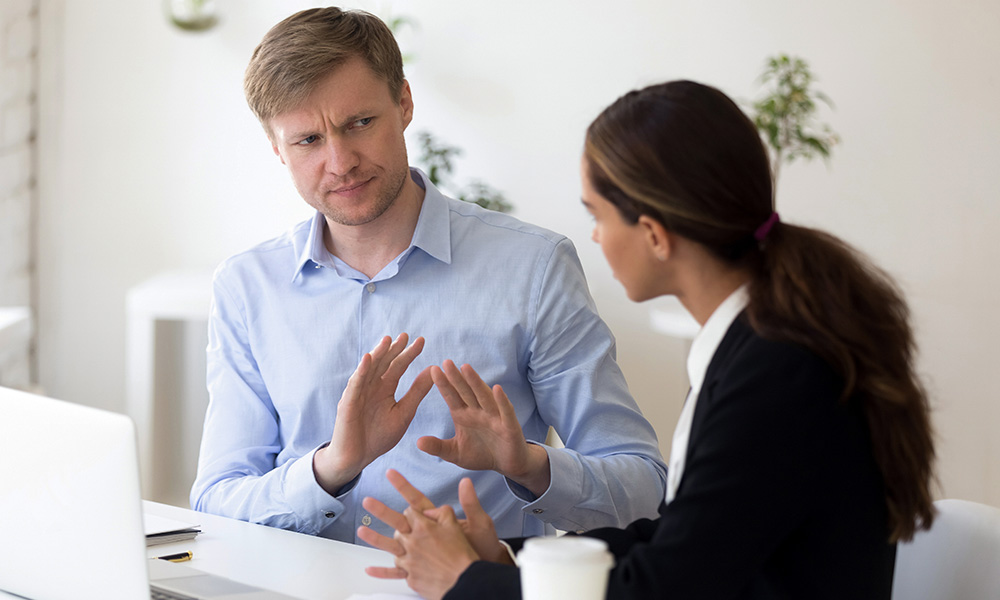 Refusing to say sorry not just cause for dismissal 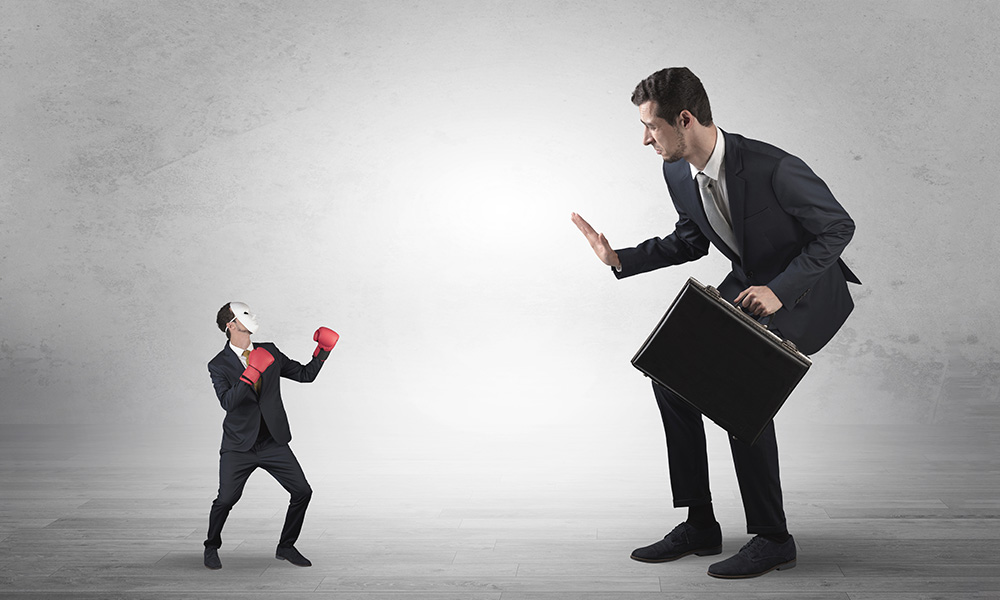 The battle of rights between employees and employers 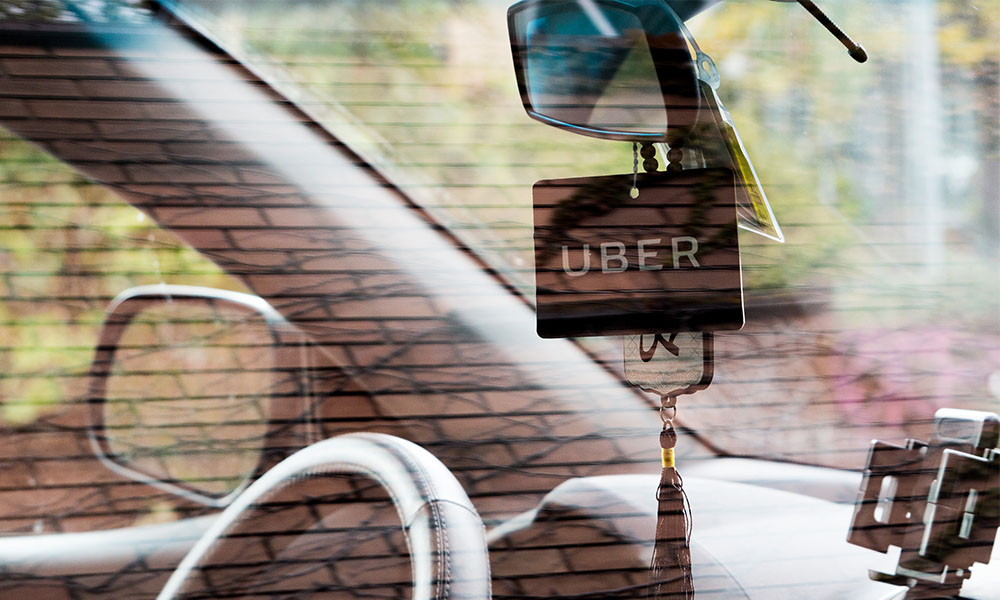 No Dutch treat for Uber