Beyond empowering employees with knowledge about weight and risk factors, employers can offer programs that employees perceive as having real value, which are more responsive to their needs

Many of these conditions are severe and can prove to be fatal. In addition to an increased risk of disease, statistics indicate that overweight and obese employees are more prone to other illnesses and are absent from work more often, which could impact their productivity and lead to more doctor visits.

In 2018, 26.8 per cent of Canadians 18 and older (roughly 7.3 million adults) reported height and weight that classified them as obese, according to Statistics Canada. Another 9.9 million adults (36.3 per cent) were classified as overweight, bringing the total population with increased health risks due to excess weight to 63.1 per cent.

And the rising numbers are a concern. Back in 1978, 14 per cent of Canadian adults were considered obese. That climbed to 23 per cent in 2004 and 28 per cent in 2014, according to the Public Health Agency of Canada.

Obesity is a chronic disease
Characterized by excess body fat that can adversely impact health, obesity is now recognized as a chronic disease by most health organizations. Yet it seems that our society, and our views on those who carry excess weight, still have a lot of catching up to do — including many employers and health-care practitioners. These biases are also preventing people from accessing meaningful obesity care.

Obesity and its impact on the workplace aren’t anything new for Noel MacKay, principal consultant in group benefits at Cowan Insurance Group. Involved in this sphere for more than 35 years, MacKay first took an interest when he participated in an investigation team quantifying adolescent obesity for the Brant County District Health Unit.

“Not a lot has changed,” says MacKay. “The problem remains and is increasing, and the risks are high. People who are obese, for the most part, don’t need to be told they’re obese — they know they are.

“Most people would rather not be, but it’s not as easy as getting off the couch and eating your vegetables. Obesity is a complex issue, and there is no one fix for everyone.”

Taking ACTION
Given MacKay’s interest in workplace diabetes and obesity, it wasn’t surprising that he jumped at an opportunity to participate as a member of the steering committee for the ACTION study on obesity in Canada, sponsored by Novo Nordisk. The study, published in October 2019 in the journal Clinical Obesity — “Perceptions of barriers to effective obesity management in Canada: Results from the ACTION study” — was the first Canadian nationwide study to highlight the viewpoints of people with obesity, health-care practitioners and employers.

MacKay vetted 900 questions; 300 questions for each of the three participating groups — 150 employers, 2,000 people with obesity and 395 health-care practitioners.

What can employers do?
Half of the employers surveyed felt they were an important partner in their employees’ efforts to manage weight, but only 19 per cent of employees with obesity agreed with that sentiment.

“There’s still stigma attached to being overweight, and with it, the associated feelings of blame,” says MacKay. “Many people who carry excess weight may feel guilty, but just like mental health, being overweight isn’t necessarily a conscious decision; it’s a chronic disease.”

Almost three-quarters of people with obesity in the study thought weight loss was entirely their responsibility.

Lack of participation: Half of the employers surveyed thought the most significant barrier to tackling obesity was cost, followed by a lack of demand from employees, but both groups recognized the obstacle of not feeling comfortable participating in obesity programs. Only one-third of employees said they had used their workplace program.

Plan design: The ACTION study also sheds light on how to best support employers and benefit plan designs, some of which still do not cover obesity medication. Relatively few employees surveyed reported that their health insurance covered prescription drugs.

“If your benefits plan contract still classifies obesity medication as a lifestyle drug, it may not be covered, making it out of reach for some employees,” says MacKay. “It may be old-school language, but that’s where obesity medications typically fall.”

Tracking obesity efforts: Measuring body mass index (BMI) is one approach to assessing a person’s weight “category” (underweight, healthy weight, overweight or obese). Employees can use a simple BMI calculator like the one found on the Canadian Diabetes Association website www.diabetes.ca to calculate their BMI.

Tracking employee efforts can make a positive impact on the wellness of a workforce.

“Only 45 per cent of the individuals with obesity reported measuring their wellness efforts, and 58 per cent didn’t track outcomes of health benefits for weight management,” says MacKay.

Addressing obesity through wellness
The ACTION study reported that people with obesity had the desire and knowledge on how to lose weight, but few reported successes in maintaining weight loss long term. The study also highlighted a communication gap between employers and employees with obesity and the need for employer resources to help raise awareness and promote discussion about obesity and its impact.

Helping employees identify if their weight falls into a healthy range is the first step to combatting obesity. Educating employees about the risks associated with obesity and the benefits of maintaining a healthy weight is also a good starting point.

Beyond empowering employees with knowledge about weight and risk factors, employers can also offer programs that employees will perceive as having real value and which are more responsive to their needs.

“Workplace wellness needs to improve when it comes to obesity in the workplace,” says MacKay. “The Conference Board of Canada reports that workplace wellness is a $263-million industry that isn’t necessarily delivering what people with obesity want and need. Some of the tactics promoted by workplace wellness are off the mark, faddish and possibly dangerous in the long run.”

The most effective initiatives will be multifaceted and focus on supporting — and not blaming — obese employees. 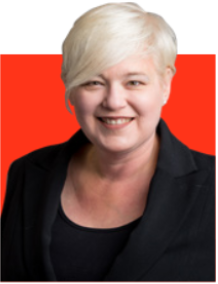 MANY COSTS TO OBESITY

Obesity is associated with a number of health conditions or morbidities: