Canadian governments must act to provide mandated job-protected paid sickness and caregiving leaves that are available to all workers, according to a new report from the Institute of Research on Public Policy (IRPP).

Prior to COVID, less than half of workers had access to employer-provided paid and protected short-term sickness and caregiving leaves. The rest (roughly six out of 10 workers) depended on provincial and territorial laws for entitlements, according to the report titled Designing Paid and Protected Employment Leaves for Short-Term Sickness and Caregiving.

“But these laws, which largely emanate from employment standards and labour standards legislation, are very limited especially in regard to employer-paid leaves,” says Leah Vosko, professor at York University and co-author of the report, in speaking with Canadian HR Reporter.

Access to those leaves was unequally distributed in that the people most likely to have access were unionized workers, workers in high-status jobs, and workers with permanent resident status in Canada, says Eric Tucker, professor at York University co-author of the report.

“The lack of the short-term sickness and caregiving leave provision puts a great deal of pressure on two groups in particular: working-age women, as they disproportionately bear the cost and the time and caregiving responsibilities, and workers that are in precarious jobs that are characterized by low pay and very few employer-provided benefits. Many of those in the latter group belong to equity-seeking groups, such as women of colour and recent immigrants,” says Vosko.

Governments – such as British Columbia, Nova Scotia, Saskatchewan, Ontario and Manitoba – have stepped up to provide sickness leaves amid the pandemic. But this does not cover the fact that there are flaws in the system, says Vosko.

“The pandemic policy response to address these serious gaps that were pre-existing in sickness and caregiving regimes is really, in our view, an implicit admission of their flaws; the fact that so many people were lacking these leaves. And as the emergency measures come to a close, the pre-existing gaps that we already acknowledged in our work in sickness and caregiving leaves will once again prevail. Hence our call for making certain adjustments.”

Now is the time to change leave regimes, says Tucker.

“Once the pandemic-response measures expire, the old rules that forced sick workers or those with caregiving responsibilities to decide whether they could afford to take time off from work will once again prevail. Governments at all levels need to act now to permanently redesign their short-term protected sickness- and caregiving-leave regimes.”

Having no or limited access to job-protected paid sickness and caregiving needs takes a toll on employers, individuals and societies, according to the report. 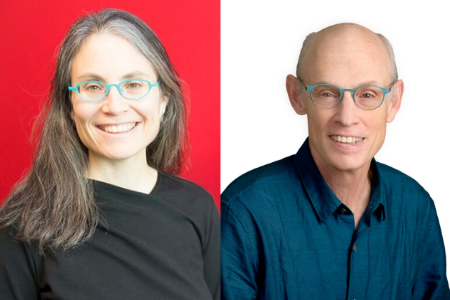 On the societal level, this leads to presenteeism. And because of this, sick people going to work sick are spreading infection among co-workers and then their families and communities. This also affects employers as this leads to long absences and more serious health problems and lower productivity, says Vosko.

On the individual level, “limited access to caregiving leave can contribute to worker burnout, and… it can result in unmet healthcare needs of dependent children and adults,” she says, adding that workers end up requiring more complex care, which forces an increase in provincial and territorial health care costs and spending.

In May 2020, Prime Minister Justin Trudeau promised that all Canadian workers would have access to 10 days of paid sick leave per year. But the IRPP is proposing a new regime that would provide 15 days of leave — which workers could take in part-day or part-week increments — to cover both sickness and caregiving needs.

“Different workers will have different sickness and caregiving needs and they fluctuate over time. People’s caregiving responsibilities will change over time. Sicknesses and personal illness obviously is not something that is going to be uniform,” says Tucker.

“We tried to come up with a number that we thought was within political possibility, but pushing the envelope a little bit.”

But the federal, provincial and territorial governments must all act to make this possible, he says.

“In Canada, because of the division of powers under the constitution, because of our federal structure, the federal government cannot enact a national policy that will apply across the country that would say all employers must provide paid sick days, because employment is largely a matter of provincial and territorial jurisdiction,” says Tucker.

“Because of that structure, the absence of a national agreement about how to do this [means] essentially what we’re faced with is having each Canadian jurisdiction, each province and each territory [having] enough law to create these. It’s not the most desirable situation… but that’s the way it’s going to have to happen.”

In August, British Columbia asked for feedback on its plan to provide workers with access to a permanent paid sick leave option.