Following the success of 2020’s virtual hiring process, RBC will again hire a cadre of summer students. The bank will bring onboard about 2,000 in all — 1,400 for the summer student program and 600 throughout the year as part of the ongoing co-op and rotational programs for a variety of positions.

Students are hired to work in the operations centres, as call-centre agents and for regional banking branches, says Helena Gottschling, CHRO at RBC in Toronto in talking to Canadian HR Reporter.

“Within capital markets, we have internship programs, whether it be within global markets or investment banking. and certainly within our tech and our functional groups we hire as well: HR and other groups.”

After its experience last year, in which RBC was forced by the COVID-19 pandemic to adjust its usual hiring in the summer, the bank learned and a lot, she says.

“We are much better prepared this year given that it’ll be our second year in bringing that many students back to RBC this summer.”

The incoming students had little trouble adjusting to being completely digital and remote thanks to being technologically savvy, allowing them to “come up to speed very, very quickly,” according to Gottschling.

However, not every experience was ideal.

“What we learned was the importance of replicating high-touch; it’s very hard,” she says. “In-person networking and creating opportunities for students to work together and learn from one another through the course of their experience was more challenging to do virtually.”

To help build a sense of engagement with the students virtually, RBC held “innovation challenges” that brought together disparate groups to solve problems, and it was much appreciated, according to Gottschling.

“The feedback from students was very strong, where 84 per cent felt that it really offered them the opportunity to grow and, equally important, over 80 per cent said it helped build their network because we’re really trying to replicate that networking experience as well.” 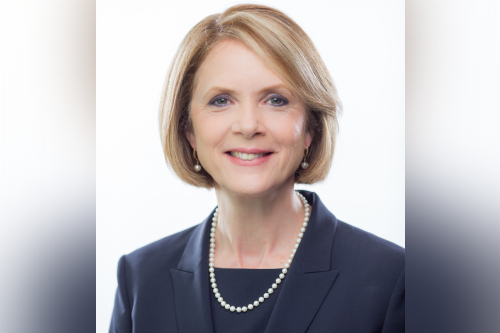 To facilitate the usual serendipitous meetings that are natural in a workplace setting, they set up an “RBC Café” to “make it easy for students to make connections with each other and with leaders across the organization,” says Gottschling. “We were trying to see how can we replicate some of those informal interactions that student have in the course of their day. [It’s] not easy but something that we’ll continue to do.”

“What we’re trying to do is insert as many interventions as we can to enhance their experience and to try to replicate some of what’s lost by that in-person experience,” she says.

The reaction from students was overwhelmingly positive with 96 per cent reporting the RBC Cafe experience was helpful for them to establish networking, according to Gottschling.

“Feedback has been strong on our innovation challenge, close to 85 per cent commented that the challenge that they participated in actually helped them grow, develop and make an impact; over 80 per cent felt it helped them grow their network, allow them to connect with leaders and have their ideas heard.”

Similarly, mentors and mentees in the HR mentorship program at Seneca College are connecting digitally amid the coronavirus lockdown.

When it came to training and upskilling, the students completed more than 8,500 courses and had an 88-per-cent participation rate during the bank’s leader speaker series.

“We experimented with a number of things and we’ve really landed on the types of experiences that resonate the best virtually, so really pushing interactive learning experiences, really making it easy for students to tap into a lot of the courses and experiences that we have available so that they continue to grow their skills,” she says.

In future years, once the world returns to normal, RBC will continue doing certain things virtually, as they proved successful in implementation and in scalability efforts, says Gottschling, and one of the main areas will be in training.

“We didn’t push the micro-learning as aggressively with our student summer population [as] historically it was: ‘Here’s your three- or four-month job assignment, and learn on the job and away you go,’ and we didn’t offer in-classroom learning so continuing on with the micro-learning that we’re able to offer in a digital format will continue to be a tremendous benefit,” she says.

But new employee orientation will most likely go back to happening on-site, says Gottschling, due to its success when done in-person. That will happen in certain urban markets such as Vancouver, Toronto and Montreal where there is enough critical mass to bring people together.

“You can’t replicate the energy of bringing people together for three or four hours in the same room.”

While certain lines of business, such as the global trading department, will return to their former manifestation on-site, the hybrid model will be adopted for some other areas, she says.

“Operations centres, as well, we’ll move to more of a hybrid model but still having working on-site. It’s just a very different experience for students, in particular, who don’t know the organization, who don’t have networks, who don’t have relationships, who are learning to work; it’s easier and a better experience particularly through the training aspect of the assignment, to be side-by-side with experienced workers. It’s hard to replicate that virtually. People miss the human connections.”