'Because of COVID, we're increased in isolation, and the racism and targeting and hate to Asian people is that much more isolating'

Incidents of anti-Asian racism have been dominating the news the past couple of weeks, if not months. However, the issue is rooted further in the past, and the wounds that these people suffer cut deep through the skin, says one expert.

In an interview with Canadian HR Reporter, Gina Wong, professor and program director in the Graduate Centre for Applied Psychology at Athabasca University in Alberta, talks about the effects of anti-Asian racism on workers and the workplace, and how employers can implement measures to confront this problem.

Why is anti-Asian racism a growing problem?

"Anti-Asian racism is a growing problem because of COVID-19, but it’s always been an issue. Historically, racism has been part of the community for many, many years.

"I was looking at the Chinese Exclusion Act in Canada 1885 and the head tax that was put onto any Chinese individuals who wanted to enter Canada. So from a national perspective, they did not want Chinese people in their country. The head tax was incredibly expensive, up to $500 which was two years of salary. So with this idea to keep Canada and the United States ‘pure,’ Asians were only valuable for their work in the Canadian railway... The dispensable race, in many ways, we were considered, and so [these were] attempts to keep us out.

"The atrocities, the racism, the discrimination, have been here for many, many years. And the rise of elected officials saying ‘China virus’ and ‘Kung Fu Virus’ has had a huge impact on the negative effects for our community.

"There’s been no other time, as far as I know, that race inequities have been brought so much to the forefront because of how much it’s happening. The Black and Indigenous communities have experienced horrendous atrocities, and bringing to light the longstanding history of Asian racism is essential."

How is this manifesting these days?

"In Vancouver, there has been a 717-per-cent increase in hate crimes against Asian people reported to the Vancouver police… astronomical rates... People are being spit on, coughed at, shoved… I’m experiencing it myself, and I’ve experienced it my whole life.

"And the experience of racism brought out because of COVID-19 doesn’t speak to the racialization, in terms of sexualization of Asian women. And there’s a large component of that in our experience.

“For my experience growing up, being spit on and kicked and chased because I was Chinese, to then [being] hit on in my adolescent years to my adulthood, to being objectified and sexualized and fetishized… [it’s about] trying to understand: Where do we belong? What’s our worth? Where are we safe? Those types of issues that we face are enormous."

How does racism affect workers and the workplace?

"The psychological impact of being the target of hate and racism is a trauma, and many individuals feel that from a mental health perspective. So [there can be an] increase in depression, increase in anxiety, increase in post-traumatic stress disorder, feelings of anger, grief, frustration, rage. And in the workplace, difficulty focusing. 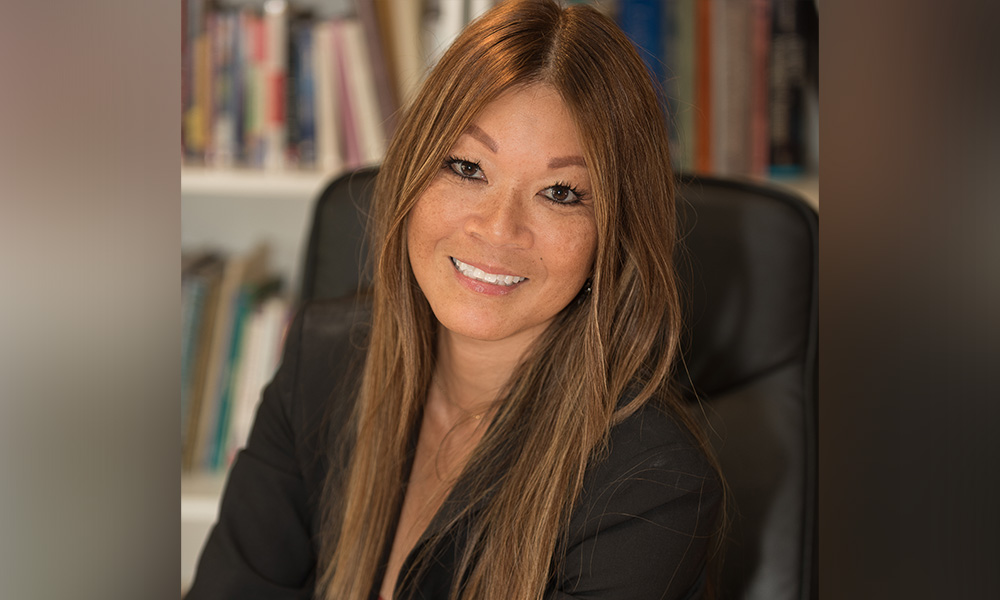 "There’s an extra, exorbitant amount of energy that goes into the experience of being the target of hate. It’s having to constantly survey the environment, the context that we’re in, to see ‘Am I safe here?’ Or if something somebody said doesn’t feel right, how they said it, the challenge is ‘Do we say something? Do we not say something?’

"In the workplace, having to hold that in our psychological experience and trying to focus on work, and... being asked to educate other people about what’s happening to us, how they should respond… I absolutely appreciate those questions, but it’s just an additional burden that we carry.

“It gets to be a lot in an already very pressurized, highly intense work situation. None of us is working in the same capacity because of COVID. We’re increased in isolation, and the racism and targeting and hate to Asian people is that much more isolating."

How can HR help?

"It’s [about] understanding that we may need more latitude, flexibility, time off, sick days. Because when mental health is affected, it affects our ability to be at work.

“And it’s not just mental health. When we look at the social determinants of health and things like racism, it affects physical health, our immune system, so we’re more prone to get sick. Racialized individuals absolutely have that issue.

“Human resources individuals, [they can address this] by doing what they can to celebrate, acknowledge and support in vocal ways, in behavioural ways. And also when these employees need to have some time, to support and understand that."

How effective is anti-racism training?

"The training is wonderful to have ─ equity, diversity, inclusivity workshops, having speakers, exposing staff to those types of educative experiences. It’s [effective] when it gets to be applied, when the audience is taken through to think about and reflect on hidden biases that they might have.

“There are better EDI presentations than others. And I think the [good] ones have members really think through where they’re at with experiences, who they are, and helping them along if there’s guilt for them to put that in a place and understand that the blame isn’t for them to hold, it’s for all of us to understand.

"And the effectiveness goes only so far as the individual. So we know, two people sitting in the same presentation can experience a great depth, ‘aha’ moments, awakenings, thinking about themselves, and the person next to them may not be at a point where they’re able to intake it.

"We need to continue to have staff talk about it, and not just bring in presenters to speak and say, ‘We’ve had our EDI workshop. We’re good now.’ It’s continuing to look at the practices and the policies, the languaging of the forms that they might use, the ways they depict things on their website. Do they have a broad range of representation of the faces on the professional sites that they use? It’s looking through and through the processes that they work with, and the way that they interact with each other...It’s more an integration."