Turning the motherhood penalty into an opportunity

Maternity leave signals the beginning of a life-changing journey for workers who are becoming mothers. Canadian HR Reporter spoke with Sonja Baikogli Foley and Jen Murtagh, co-founders of Maturn, Canada’s first maternity leave program, along with Megan Smith, head of HR for SAP Canada — a founding partner of Maturn — about supporting workers on maternity leave. 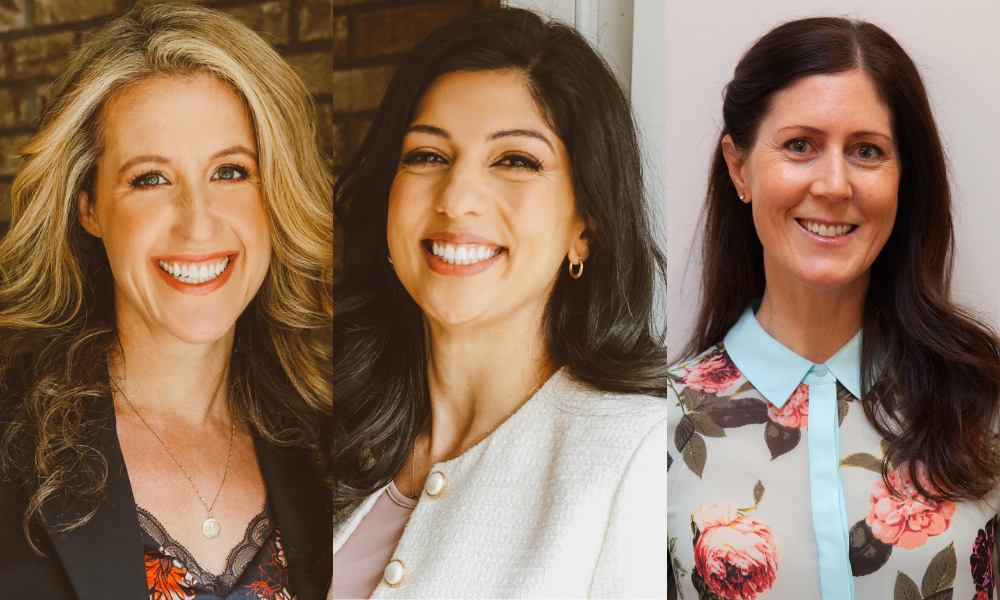 Q: What are the biggest challenges women face when taking maternity leave and when they return?

Murtagh: “There's a really broad range, from the mental, hormonal, physical, and emotional changes that can happen in terms of letting go of work and transitioning into motherhood. There can be an identity shift for women, especially women who have been entrenched in their careers up until that point. I think a lot of challenges we've seen women face when taking maternity leave is isolation — they’re going from connecting with colleagues on a daily basis to being on their own with a baby at home. We've also seen a decrease in confidence. When they return to their role, a lot of women forget ‘Who was I before I moved into this role in becoming a mother?’ They feel like they need to prove themselves again, even though maybe no one specifically says that. And holding this full-time job at being a mother and then returning to another, often full-time, job can feel overwhelming.”

Smith: “We actually don't do anything to support mothers through that journey. We provide them with a protected leave, but when it comes to how do we actually set up mothers for success in the workplace, it starts from the moment they choose to start to have a family, because the support that you can give a mother as they prepare to exit the workforce is how to exit in a way that works for them. And then, of course, the return to work and how they want to return is super-critical.”

Q: What are some common mistakes employers make when employees take maternity leave?

Baikogli Foley: “Many employers make assumptions about what the mother wants, rather than actually asking what they want when they're on leave. So really failing to provide a proper onboarding and return when re-entering the workplace is a mistake. I think employers assume that you can easily integrate back into work and that might undermine the many transitions and shifts that the mother has experienced during that time off. Perhaps they need a gradual return, maybe they need some meetings ahead of time to what changes have been made organizationally. Maybe someone wants to stay in touch while they're on leave, but their phone and laptop has been taken away because that's just the policy. It's little things like that that can really have a big impact on the person's ability to feel included in the organization versus being just totally cut off.”

Murtagh: “A lot of employers fail to also consider that the person that left is not necessarily the same person that's come back — making the assumption that maybe this individual works 60- to 80-hour weeks for them, but now priorities have shifted. We have a lot of individuals experiencing maternal bias when they come back — you can't do that project or that trip because you're a mom now and you’ve probably got too much on the go. It also goes both ways. Women don't want to feel like they have the same capacity, but that's why communication is so key, just being curious. What's changed? What's important to them?”

A long maternity leave can hurt a woman’s career without employer support, says another expert.

Q: What are some positive trends in how maternity leave is being handled?

Smith: “One of the things that I've heard is stories of mothers who actually get promotions as they are out and returning. I think in previous generations, mothers were often overlooked for greater job responsibility based on a decision to have children and I think now we're in a much better place. One of the things I think is important to do, though, is for women to put their hand up more, because it's not just about whether the opportunity is there, it's also getting mothers to opt in to take on more responsibility. That can be quite an intimidating thing when you also have this new responsibility of a child at home. We want to provide supports so that mothers feel comfortable putting their hand up and saying, ‘Yes, I can do this.’ I think that we're set up well in society now for those opportunities to be available.”

Murtagh: “Our hope is to turn the motherhood penalty on its head to create the motherhood opportunity... Organizations are actually quite open to change. They're interested in recognizing that in the war for talent, they need to do more to attract, retain and develop women. By and large, women are going to choose to have children, so if [employers are] not creating more diverse, equitable and inclusive workplaces, they are going to lose talent. We're also starting to hear some positive trends like expanding benefits packages to include things like lactation consultants and postpartum support. And then, obviously, many organizations are also offering that top-up and additional financial support.”

Q: What do women need to ease the transition from work to maternity leave and back again?

Baikogli Foley: “I think women need more intentional support, instead of just ‘Here's our HR policy around maternity leave, and here's how you access your EI benefit.’ Mothers want to be seen and understood, and part of that is building a support system where we normalize the challenges that women experience during maternity leave. There are so many moving parts in those first few months that mothers just need more empathy and compassion with their needs during that return.”

Smith: “Women could use a community of other mothers to connect to who are going through the same thing, or who have gone through the same thing. Another thing that's a huge investment for women when they have a child is the amount of research it takes to understand all the decisions and choices that you need to make. Having access to experts, whether they are webinars or reading material, that helps a mother instead of having to seek all this information themselves. It's not a far leap to say, ‘Why don't we just provide this curated content and support to mothers proactively to help benefit their journey, reduce the amount of stress and investment they have to do on their own?’ Hopefully, the organization would get that back through more confident, happier, and healthier mothers who can return to the workplace in a great place.”

Employers who offer maternity leave top-up benefits are more likely to retain those workers, according to a Statistics Canada study.