‘As tough as what we’ve experienced in the last seven or eight months, I suspect there will be more tough calls that need to be made’

While businesses are well into the process of bringing back employees to the workplace, leaders must adjust and come to the realization that the world of work might transform yet again.

And it’s this uncertainty that must be addressed in order for organizations to thrive in a post-COVID landscape, says a leadership consultant.

“Re-entry is not going to be that COVID has been minimized; [instead] it’s going to be spikes: ‘We’ve got to clamp that down’ or ‘We’ve got to shut down again,’ ‘We’ve got to send them back home.’ There’s going to be this ebb and flow of fits and starts,” says Vince Molinaro, founder and CEO of Leadership Contract in Oakville, Ont. “From a leadership standpoint, it means you have to personally manage your own emotions and [deal] with ambiguity, uncertainty, but also the stress that it creates on your team.”

When the pandemic lockdown began earlier this year, managers had to treat that as an emergency situation, whereas dealing with the reality of today might prove a lot tougher on the workforce, he says.

“Someone on my team is a mountaineer and she said everyone thinks about climbing the summit but actually 80 per cent of the accidents happen on your way down. The world was always ambiguous and uncertain but now I think we’re living in a more visceral way so it’s going to be just an extended period of ambiguity and uncertainty.”

That uncertainty in the early days, combined with tough business decisions, may be a continuing and ever-present new reality, says Molinaro.

“As tough as what we’ve experienced in the last seven or eight months has been, I suspect there will be more tough calls that need to be made. Leaders are going to need that resilience and resolve to make some of those tough calls and be transparent with their people about the rationale of those decisions,” he says.

The solution for leaders and employers to get out of this crisis — or any crisis —is to promote a corporate culture that expects change and is focused on thriving and growing, says another expert.

Managers also must learn to achieve a balancing act because “there is an emerging frustration to manage the tension between having that empathy, but maintaining the high standards on performance,” says Molinaro.

“As a manager, if that’s something you’ve never really paid attention to or you thought, ‘We’ll let the HR department worry about employee engagement,’ you really do need to pay attention to it now because we’re all dealing a lot more with young kids at home, aging parents. Our lives became more complex and leaders have to be sensitive to that.” 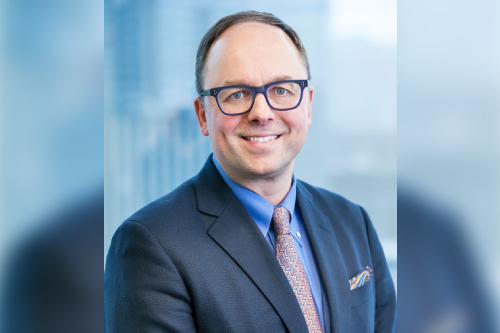 While it’s important to take care of the health and safety of employees, supervisors must look internally as well, he says.

“[It’s about] taking care of yourself, managing your own stress, really watching your own stress behaviour when something comes at you from left field and it disrupts your day, and then you move forward. By doing that, you’re a role model to your employees.”

The old way of communication must also be adapted, says Molinaro, even while many workers remain remote.

“I just talked to a client today and he said he would always go into the office at seven — he was in pretty early — and his staff and team knew that so people would pop into his office, just to chat.

“What he has found now is they’re on MS Teams, people might just send a little message, ‘Hey, are you around?’ and then they just set up a quick virtual chat; it’s actually achieved the same outcome. People know when they want to reach out that they can reach out so it’s being available for your people and blocking times in your calendar just to be there for your folks. I think that becomes important.”

As children go back to school and workers repopulate vacated workplaces, leaders may need to develop a lacking often skill in their arsenal: empathy.