What if a worker refuses? What about privacy issues?

As more provinces and cities move forward with measured return-to-work scenarios, what are the main considerations for employers who want to keep employees and customers safe but also need to bring back employees to the workplace?

Q: When it comes to screening employees for potential COVID-19 exposure, which methods are acceptable?

A: “Screening and testing methods run the spectrum from the least invasive to the most invasive. Your least-invasive approach is asking employees questions about how they’re doing and asking people to self-screen: You send employees some guidance about ‘It’s our expectation that if you’ve been exposed, if you’ve been out of the country, if somebody at home is sick, if you’re experiencing symptoms, that you won’t come to work.’

“As you move along the spectrum, we’ve got lots of employees who seem to be asking people to self-report or to fill out questionnaires or answer verbal questions about whether they’re experiencing symptoms so that employers can identify risk factors.

“And then we move a little further along the spectrum [where] you’ve got methods like temperature screening, and then probably the most invasive are the workplaces where you’ve got employers who actually want to be testing employees — either antibody testing or testing for infection — before they’ll allow individuals back into the workplace.

“What [employers] can do really depends a lot on risk and the nature of the workplace. If you have a workplace where people can effectively social distance, then you probably should be looking at those screening methods that are on the lower end of the spectrum in terms of invasiveness, because you can mitigate risk in other ways. If you’re bringing people back into the workplace where there’s a higher risk of infection, or where people can’t socially distance, then there’s a better justification or rationale for moving along the spectrum to other effective methods.

“But employers need to keep in mind [that] you need to follow the science here. There’s been lots of discussion about COVID-19 testing and while scientifically it might be effective, it only gives you information from the point in time that you take the test, it doesn’t give you information about risk level going forward. An employee can come into work and test negative one day, but it doesn’t tell you what they’ve done that evening or the next day or over the weekend and whether they’ve exposed themselves to any risk.” 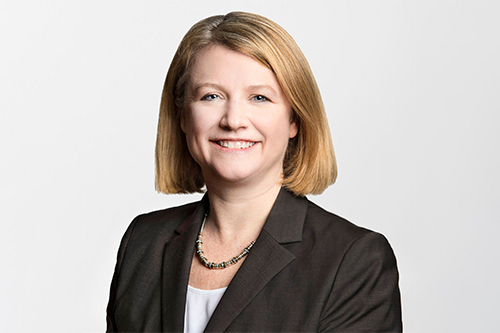 Q: What should be done when an employee says, ‘I refuse to be tested?’

A: “That’s a tricky one. Hopefully, if you’re going to be introducing broad-based testing in the workplace, you’re doing it on the basis of consent and people are voluntarily agreeing: Be transparent with employees about the reasons why you want to do it.

“There is an important legal issue about the extent to which an employer can require an employee to undergo testing, and an employer who’s looking at mandatory testing should be getting some appropriate advice based on the nature of their workplace. If they are going to implement mandatory testing [they should] understand the risks and liabilities that may go along with that both from a privacy and labour and employment standpoint.

“I’d prefer to see a situation where an employer is asking employees to undergo testing and if there’s employees who refuse to undergo testing, then you have to look at that employee’s role, and whether there’s individual accommodations that can be made. Maybe that’s an employee who needs to continue working remotely.

“Even occupational health and safety regulators are looking for a little bit of guidance from public health officials about testing and the effectiveness of testing and whether that’s a measure that we should be employing in workplaces. I don’t know that we’re at a point right now — either from the guidance we’re getting from privacy regulators or from occupational health and safety regulators — that mandatory testing is an appropriate step.

“You can’t require somebody to undergo testing; you can tell them that if they don’t undergo testing, you’re not going to allow them to report into the workplace. It’s going to have potential labour and employment issues attached to it if you refuse to allow somebody to work.

“As we go forward, it’s going to become an issue that employers are going to have to struggle with. This idea that we’re going to require any employees to undergo medical testing, this is uncharted territory and this is a more invasive step. It’s a pretty extreme thing for an employer to say, ‘You can’t come into the workplace until you undergo medical tests, and we want to see the results of those tests.’”

Q: What are the privacy issues associated with testing?

“There are ways to make sure that you’re supporting the privacy appropriateness of your screening methods; it’s doing things like being clear and transparent with employees, making sure you’re limiting the information that you collect, making sure that you’re taking appropriate measures to protect what you collect after. You really need to put in a whole system to protect what you collect all the way through the data flow of the screening process, that you are turning your eye to a process that is respectful of employee privacy.”

Q: What should the employer do if an employee tests positive for COVID-19?

A: “An employee who tests positive shouldn’t be coming into the workplace and they should be directed to get some medical advice and arrangement should be made for them to not be in the workplace, obviously.

“In terms of notifying others in the workplace… there are ways of dealing with those risks in a privacy and respectful way. For example, you want to be carefully assessing who that employee has had contact with and who is most at risk and following up with those employees. Sometimes an employer wants to send out a communication companywide but it’s often not necessary to do things like identify the individual or release more personal information than you need to.

“We’ve certainly had situations where employees have indicated a willingness and a desire to be identified because they feel a responsibility to their coworkers, but it’s a good practice to be open with that employee and transparent and let them know what it is you’re planning on communicating.

“We don’t want to compromise anybody’s health or safety by not sharing information, but it’s sometimes not necessary to share more than we may want to.”

Q: If an employee tests positive, is it reasonable to shut down the entire workplace?

A: “That’s an area where you need to be getting advice from public health officials in terms of how they want that situation dealt with and those answers will be driven by the science and that’ll be impacted by the nature of the workplace and the extent of the risk and so forth. There’s probably not a one-size-fits-all answer to that one.

Previously, questions were posed about the safety risks of going back to work on public transit, and whether or not an employer can take an employee’s temperature.

New rule for business, IT consultants takes effect in Ontario