'Recruiters have to get better at asking specific, targeted questions around experience, scope, influence'

A company gives an employee the job title of “vice president” even though that worker is doing senior manager tasks.

This scenario is termed “title inflation”, and it creates challenges to hierarchies within the organization, says James Clark, consultant to chief people officer at Magic Leap, in speaking with Canadian HR Reporter.

This is more common among small- to mid-size employers that don’t have mature systems or compensation analysts and professionals in place to set up the constructs to make sure that the level of work is captured in the title a worker is being given, he says.

There are certain positions that are eligible for special benefits, such as a senior executive retirement plan or some other kind of benefit or pay program that otherwise isn’t available to the general population, says Clark. And when a person holds an inflated title, it puts an additional labour cost on the company.

Giving workers inflated titles can also be bad for their careers, says Clark. He cites for example a worker who gets an executive-level position within the first five years of their career.

“As a general rule, it takes about 15 years of experience to get that VP title, or 10 years to get the director title. And so to get it in the first five years of your career… I think we’re disadvantaging our employees when we let them have inflated titles,” he says, adding that for most people, the VP role is “as far as they’re ever going to go”.

What’s the best part of getting a promotion at work? Money, according to American respondents to a previous survey. The highest-paid CEOs were paid an average of $10.9 million in 2020, compared to $10.8 million in 2019, according to the Canadian Centre for Policy Alternatives (CCPA).

Inflated titles can also be a problem for hiring managers.

“When someone’s out there and presenting themselves at an inflated title position, they actually don’t have that experience to do that job,” he says. But somehow they end up getting hired “based on the other company’s optics of what they think you have done”.

What happens? They fake it until they make it, or at least they try, says Clark.

“There’s this old adage that ‘You can do anything for two years before people figure out you don’t know what you’re doing’. And then they just jump and they leave and they go to the next company.” 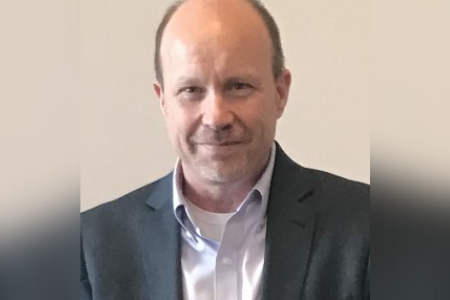 When this happens, employers not only wasted resources to hire a bad fit, but that bad hire may also be taking a job from someone more qualified for the role.

While many employers are having difficulties filling open positions, it’s the senior-level positions that are the most challenging, according to a previous study.

Employers can avoid having to go through all these troubles by having “a really good, robust classification system, that’s defined by levels, at the individual contributor, the exempt professional as well as the executive levels," says Clark.

“Making sure you’ve got a well-defined leveling hierarchy and classification system is going to avoid a lot of this stuff.”