Employers have 'tremendous amount of power' and must use that to amplify message it's OK to have mental health problems: expert

As Canadians’ sense of well-being continued to decline for the eleventh-straight month — according to Morneau Shepell’s mental health index for February — there is troubling news that stigma remains firmly entrenched.

“This is a big wake-up call even with everything that is happening with the pandemic and the fact that it impacts pretty much everybody in some way: we’re still having an issue with stigma,” says Paula Allen, global leader research and total wellbeing at Morneau Shepell in Toronto, in talking to Canadian HR Reporter.

Younger Canadians, those aged between 20 and 29, fear higher levels of negative career options when revealing a mental health diagnosis (54 per cent) versus those who are older than 60 (38 per cent), finds the survey of 3,000 people in January.

“Younger people — as each generation passes — become a little bit more aware of mental health and what was the signal for stigma; we’re not as likely to just say, ‘Well, this is normal [and] an accepted way of behaviour,’” says Allen.

That cohort rejects the stigma being placed on others, she says, but “the other side of the coin is [they’re] much more attuned when they don’t see that. It’s much more important, it’s much more visible in their own minds and it will impact them a fair bit more when they still see signs that are stigmatizing around mental health.”

Overall, 44 per cent of respondents reported that stigma would affect career options and the number jumped for managers (50 per cent) compared to non-managers (39 per cent), found the report.

Mental health stigmas can be broken down into three main categories, says Allen: workplace, social and self but “the most prevalent is actually workplace stigma so there’s a fairly big job to do there.”

Employers have a “tremendous amount of power” and must use that to amplify the message that it’s OK to have mental health problems, says Allen.

One thing organizations can do is speak openly about mental health in all business calls, so not just have it as something where somebody has signed up, then attended a seminar, but when you bring the issue into the workplace, and you make sure that you show empathy and recognize that people are having a difficult time right now, it helps open up the conversation and take it out of the shadows. [It’s about] just making sure that it is part of our day-to-day conversation.” 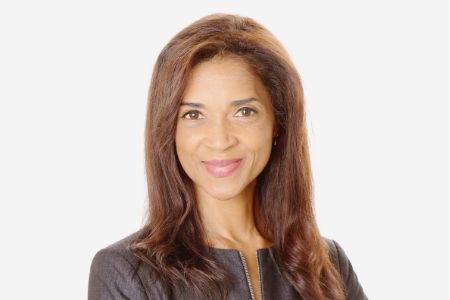 It’s also important to have communications and policy and practice that make it clear that people won’t be stigmatized for coming forward to get help “because that’s what people fear most, that somehow they have negative consequences and people actually delay care as a result of that,” she says.

First, every employee should be trained on what to look for in each other.

“What’s important is showing the person that you care and you value them. You wouldn’t have a conversation about someone’s well-being if you did not have some concern and care about them,” she says.

Then, provide concrete examples of why that employee appears to be suffering, she says.

“The more specific you can be then the less you get into a difficult situation about making assumptions because sometimes people are not aware that their behaviour might have changed; they might have become more withdrawn or something must have happened in order for you to even think about having this conversation.”

Finally, follow through by helping that worker take the next step to get help, says Allen.

And don’t forget to check back with employee to reinforce the message that you care, says Allen.

“This really shouldn’t be a single conversation; you should at least check in to see how they’re doing [and] just be there as another human being.”

More than half of Canadians are reporting their mental health is hurting due to the pandemic, according to another survey, while burnout remains high in many workplaces.

How much employee monitoring is allowed at home?

Work from home productive but longer hours a challenge: StatCan