How far does an employer’s reach extend when it comes to disciplinary action? 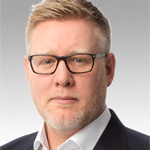 Question: If an employee posts offensive material on her own social media feeds that affects her interaction with others in the workplace, can the employer order the employee to stop such behaviour or face disciplinary action?

Social media feeds are not protected by privacy legislation, so online posts that affect the employer or its employees are fair game for discipline.

The level of appropriate discipline will depend on the facts of each case, including the post itself, the extent to which it is related to the workplace, and any relevant company policies.

That being said, courts and tribunals have shown a general interest in upholding an employer’s right to discipline for an employee’s misuse of social media.

The following three cases are illustrative of this trend:

•Perez-Moreno v. Kulcyzcki: Online posts that constitute harassing and bullying behaviour may be grounds for termination. In one case, an employee made Facebook comments and sent messages to co-workers calling her manager a “dirty Mexican.” In ruling that the comments constituted harassment, the tribunal noted that Ontario’s human rights legislation applied to workplace-related postings on the internet.

•Chatham-Kent (Municipality) v. CAW-Canada, Local 127: Online posts that undermine an employer’s reputation may also be grounds for dismissal. A union employee’s termination was upheld for blogging about her employer and criticizing the conditions in the retirement home where she worked. This behaviour was held to be insolent, disrespectful and insubordinate.

•“Toronto firefighters lose jobs over sexist tweets,” CBC News, Sept. 16, 2013: Online posts that are just plain offensive may be grounds for discipline. Employers should be wary of these types of posts, as they often result in media scrutiny. For example, one Ontario firefighter’s sexist tweet went viral and resulted in negative attention towards the Toronto Professional Fire Fighters’ Association. The employee was suspended.

The law’s interest in curbing online abuse may even go so far as imposing a duty on employers to adequately protect employees from offensive online posts.

In Toronto Transit Commission and A.T.U., Local 113 (Use of Social Media), Re, TTC employees were subject to numerous hateful tweets online via an employer-run Twitter account. The employer was found liable for failing to immediately delete the tweets and block their authors.

The best way to mitigate the risks associated with employee online posts is to draft proper social media policies.

•develop and implement reporting procedures for inappropriate use of social media

•develop and implement procedures for dealing with incidents and complaints

•set out the consequences of inappropriate use of social media.

Tim Mitchell practises management-side labour and employment law at Norton Rose Fulbright in Calgary. He can be reached at (403) 267-8225 or [email protected]

'HR is not your friend'

What's the biggest investment area for HR over next 12 months?

Is hybrid work 'the worst of both worlds'?