With so many employees separated from their colleagues for so long, it’s crucial that leaders work to have strong relationships with their teams, says an HR professor.

“We’ve had a prolonged period of physical distancing, and we now have new colleagues and employees that have come onboard, and those relationships need to be better established,” says Alyson House, assistant professor of strategic human resources management at Athabasca University.

Leaders must be the ones who extend a welcoming hand to make them feel welcomed, she says.

“For leaders, some of the simple things are just reaching out to people and not waiting for them to come to you. There’s sometimes that perception if people need help, they will ask, but I would say remote workers, particularly newer ones, may not even know what to ask for so there’s a bit of a top-down and peer-to-peer reaching out that needs to happen.”

Recent research that set up a “virtual water cooler” at an organization yielded interesting outcomes, says House, and should be considered as a way to properly welcome new employees.

“A company provided interns with short informal sessions with senior leaders online [because] they had to figure out ‘How can we get our interns in front of senior leaders but not in a structured [way], not with a purpose other than to just informally talk?’ and it evolved into very good coaching and advice giving.”

Those strong bonds need to be maintained and nurtured in the virtual environment, she says.

“It’s very alienating sometimes if you have an in-person meeting and a few people are dialled in and they end up missing out or getting forgotten… it’s a lot easier if you can see them but all those side conversations and stuff can be tricky. And then the flip side is having people go on Zoom while they’re at the office to try and level the playing field, say, ‘Oh, well, we’ll all just dial in.’ Everyone’s sitting in the same building and all dialled in [but] this is a little bit easier said than done.”

One area that should also be addressed is the hybrid model, and what that means exactly, according to House, who says many organizations haven’t done so.

“Do you do the same work at home and the same work at the office, so your ‘workday’ looks the same but you’re just in a different place? Or are you moving to a model where the days you work at home you get your independent work done, and then your in-person work times are really about meetings and collaboration and those interactive elements?” 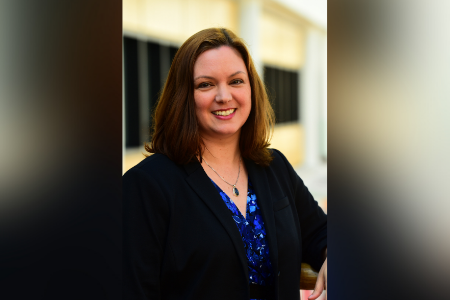 Employers will also want to take a new look at performance management, to focus on “rewarding outputs for the actual work” instead of “who spends the most hours in the office,” she says, as that could lead to challenges such as claims of unfairness.

“It’s really about [being] output based and not the nature of the inputs. It’s not about face time necessarily but what work you get done.”

The “great resignation” is something that is real, according to one expert that will create opportunities and challenges, while a survey showed that work needs to be done in effective remote management.