Because so many women in the construction industry face discrimination based on their gender, a growing of segment of female contractors have decided to use a popular social media platform to highlight their experiences.

Workwear Guru decided to look into the prevalence of this practice by studying popular hashtags on TikTok and found for many professionals, the problem is rampant.

“What was really surprising, actually, was that all of the women showed that their skills are undermined in the construction industry and the main concern that they have all the time is they have to [prove] how competent with their work they are; they have to prove themselves all the time.”

A 2020 study done by Construction News showed that a male-dominated culture is the top reason to leave the construction industry for 47 per cent of women, and 38 per cent of those women pointed to discrimination as the reason they quit.

Two years ago, a consortium of construction associations in Ontario commissioned a 50-part video series to highlight the opportunities available to young workers in the province, with a focus on job satisfaction among workers. 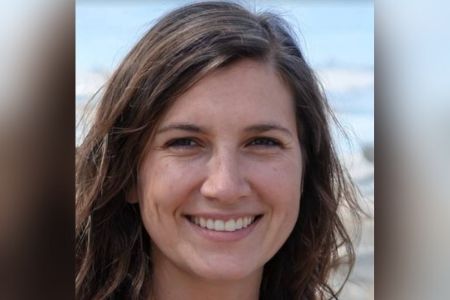 The work-clothing retailer also interviewed some of the women popular on TikTok and asked them to recount their treatment, says Garrett.

“[They would say:] ‘People say things and treat us the way they would never treat their male contractors. When [they] call out mistakes, sometimes they’ll try to turn it around on you and then common sexist comments such as ‘Work a women’s job, you’d be much better at it’ and ‘You’re a girl, you are much too pretty to be working on such a dirty job’ and ‘Rough hands aren’t sexy,’ and so on,’” she says.

The level of discrimination may be rising, according to Garrett but not necessarily due to more harmful treatment.

“According to data in 2020, the annual study of women in construction showed that 72 per cent of women in construction face discrimination, up from 66 per cent in 2005. The increase doesn’t mean that there is an increase in workplace discrimination. Instead, it shows women are raising their voices for the issue so the more they raise their voices, the more people know of the challenge and this is the first step for it to become extinct one day.”

By illuminating their issues, one of the women interviewed, Britney Mroczkowski, a Florida-based contractor, hopes to assure younger cohorts that construction is something that should be considered as a career.

“Despite going on to speaking on TikTok, she is a woman that actually tries to educate younger men who want to join the industry and is always trying to bring more women to the industry and raise her voice, especially when it comes to pay, women getting less pay than men in the same industry,” says Garrett.

“According to Britney, the first thing to fight this discrimination is to get more women into the industry and making it the new normal. The more women who join the industry, the more they show what they’re capable, and the way people look at them will change during that time, and we will actually get rid of the stigma of women working in construction.”

A recent partnership between the Canada’s Building Trades Unions (CBTU) and the CFL Players Association (CFLPA) will provide players, current and retired, with access to training in the sector.