‘If HR teams aren’t leaning into that new dynamic, they’re going to be blindsided’

With hybrid work arrangements being contemplated by many organizations around the world, new recruitment strategies may upset those who don’t take into account the new reality, according to a front-line employment screening executive.

“Companies — particularly the international tech companies — are now recruiting everywhere: everyone is competing with everyone, where the boundaries were [previously] drawn geographically, they’re now gone,” says Rory Capern, chief revenue officer at Certn in Victoria. “If HR teams aren’t really leaning into that as a new dynamic, they’re going to be blindsided by competition that they didn’t expect.”

As recruitment boundaries disappear, new ways of finding talent will have to contemplated, he says.

“The upside is that if you take the shackles off your recruiting strategy from a geographic perspective, you can now recruit anywhere as well.”

New areas of the world not considered in the past may suddenly provide a solution to the talent shortage, says Capern.

“Geographies that were overlooked before, that actually are rich sources of talent, are now eligible, or the candidates in them are eligible, so that that recruiting tool has expanded drastically.”

But careful thought must be undertaken to benefit from this approach, he says.

“HR teams need to think really, really carefully about how they’re going to play that trend: if you’re playing defense, it’s going to get harder. If you’re playing offence, you actually have a chance that you didn’t see before and it can really improve the nature of the team composition and the business.”

In addition, employers will have to watch what other companies are doing in terms of allowing workers the option of working from home, says Capern, pointing to tech giant Google who recently announced that employees may work from home, if they choose to do so. 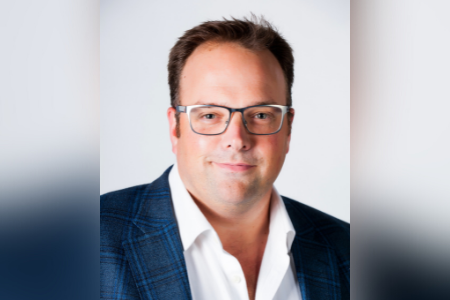 The company’s decision will affect other companies, even those not directly competing against it, according to Capern.

“We see Google trend-setting in the context of compensation — not only the amount but the nature of compensation, and how they’re actually administering performance reviews: all these different aspects of Google’s people strategy have cascaded into the rest of the ecosystem and I would expect and am seeing that their approach to this hybrid-workplace conversation is going to have a massive impact on how a lot of other companies navigate the same change.”

“If you’re working for a company and Google comes calling and says, ‘Hey, we want you to work for us, we’re going to pay you more and you can work how you want,’ and your alternative is you’ve got to come into the office every day, whether you want to or not, that becomes a pretty obvious choice. There’s a there’s a war for talent all the time but what we’re seeing is that conversation is really brewing at the moment,” he says.

When coming up with a hybrid or remote-work strategy, employers would do well to consider the “HQ effect,” says Capern.

“Let’s say you have a large technology company who’s got 12 or 15 offices across North America, there has been a pronounced impact on what’s being called the HQ effect, where the senior most executives of the company would all be in a single office and the centre of gravity of the company starts to form around it. People from other offices tend to travel there more if you want to be seen or you want to have a live meeting; most of the time the gravitational pull is towards that HQ,” he says.

With the advent of workers moving outward, this might not become such a problem in the future, says Capern.

“As a result of those moves, that sort of power infrastructure is diffused so you don’t have this strong central headquarters where all the other offices are orbiting around it from a political or optical perspective. There’s a lot of companies… that don’t want to go back to those days. They’re interested in diffusing talent, senior-most talent, into other offices so there isn’t really a centre of gravity.”

And for those organizations that demand every employee returns full-time to the office, they are going to find the new normal very disconcerting, according to Capern.

“Those CEOs who are going to lord over their teams and get everybody back because they feel they get more power — whatever the psychological dynamic of that is — are going to find themselves in a really difficult position, when it comes to retaining and attracting top talent. Those companies that opt out of that flexibility are going to find themselves in a very difficult position to negotiate for that kind of person entering their business.”

Meanwhile, the global talent shortage has reached a new 15-year highwater mark, found a report, while we found seven ways to retain talent.