‘The demand for STEM talent remains fierce and U.S. employers are going to become more aggressive’

More than half of U.S. businesses said they are considering Canada for expansion or already have an office here, according to a survey by Envoy Global.

Of those respondents, 37 per cent are driven to Canada to gain access to or expand in Canadian markets, while 31 per cent cite the ability to place foreign talent in Canada as an alternative to the U.S., found the survey of 529 HR professionals and hiring managers.

“By a margin level of two to one, 52 per cent to 28 per cent said Canada’s policies are more favourable to employers. It’s quite telling,” says Richard Burke, president and CEO of Envoy Global, an immigration services provider in Chicago.

Due to recently announced plans by the Canadian government to welcome almost half-a-million new immigrants each year between 2021 and 2023, many U.S. companies are looking north to access talent, says Burke.

Canada’s moves are increasingly being recognized by U.S. employers “and viewed as a meaningful alternative in an environment in the U.S. that has been marked by very challenging immigration landscape the last four years,” he says.

“[It’s with] this Hong Kong initiative, where the government is working closely with private industry and has said, ‘We’re going to be make it easier for students from Hong Kong who have been educated in Canada at these great schools to stay in Canada after they graduate,’” he says.

“But beyond the policy, they said, ‘Listen, we think that we’re going to leverage more of the public sentiment that’s more welcoming to immigration, immigrants and we’re going to utilize Canada’s more liberalized posture to retain folks that we tried to get into the United States but we were unable to.’” 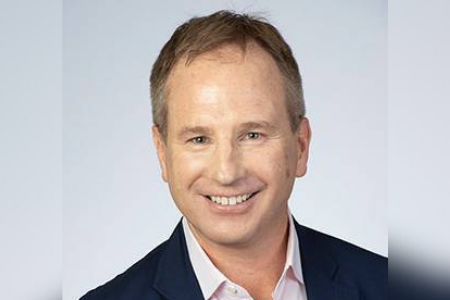 In addition, the unemployment rate for STEM workers is around three per cent in the U.S., says Burke.

“With all the labour disruptions wrought by COVID, the STEM unemployment in United States remain very low, adding more fuel to the fire and interest in Canada.”

The permanent residency difference between the two countries also shines a much more favourable light in Canada, says Burke.

“It’s much easier to transition from a student visa to an employee visa in Canada than it is in the United States. The processing times are shorter, the applications are easier. They utilize digital technologies, much more so than the United State, and there’s a larger quantity of visas available.”

And with the election of President Joe Biden, things should change for the better, he says.

“All of the challenges from an employer’s perspective that the Trump administration brought were all done without congressional approval, it was all done through the executive branch. As a result, much of those things are already in the process of being undone: the travel ban, the ban on allowing visa holders who are outside the United States to come, those have already changed 180 degrees. From an employer’s perspective, that’s the good news. The bad news is the sentiment in the country is not as bullish on immigration as it is in Canada.”

Fifty-nine per cent of companies surveyed said they expected their foreign national headcount to increase and 45 per cent said they would continue to look outside the U.S. for new workers.

Seventy per cent said they had either sent more people to or hired more foreign workers in Canada over the previous two to three years, according to the survey.

Almost all (96 per cent) of respondents believe sourcing foreign talent is an important part of their recruitment strategies, and 41 per cent plan to sponsor more foreign nationals for employment, according to Burke.

“The demand for STEM talent in the United States remains fierce and, as a result, U.S. employers are going to become more aggressive and increasingly attracted to Canada as a place to find high-skilled STEM [workers]. Canadian employers may be increasingly competing even more so with U.S.-based employers.”

However, the federal government’s “progressive and forward-thinking in the fashioning of its immigration strategy” will continue to make Canada more attractive to many newcomers, says Burke.

“In addition, what Canada has done is they’ve made the processes faster, more plentiful, and more predictable and, as a result, U.S. employers, 500 of them, are saying, ‘By a measure of two to one, Canada is more attractive than the U.S.,’” he says.