What's in a name?

Court finds employee not an executive despite VP title 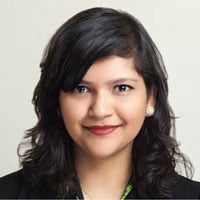 When an employer dismisses an employee, one of the biggest questions is: what’s the notice or severance they are entitled to?

As you may know, employees are entitled to reasonable notice under the common law by default; by having an enforceable contract in place, employers can limit an employee's entitlements to either the minimum required under the applicable statute, or something more.

In assessing an employee’s entitlement to reasonable notice under the common law, the key factors to consider include the employee's age, nature of position, length of service and availability of comparable employment.

The Ontario Superior Court of Justice recently held that the title of "vice president" was insufficient in itself to conclude that the employee was an executive; the court examined the nature of his role and found that it was not truly executive in nature.

In George v Laurentian Bank Securities Inc, the court found that a 58-year-old, short-term employee of five months, who held the title of vice president of equity trading and earned a salary of about $100,000 was entitled to only two months of pay in lieu of reasonable notice, despite his inability to find new employment for at least 15 months.

The employee argued that there is a presumption at common law that senior management or executives are entitled to a minimum of 12 months’ notice regardless of the length of service, and that given the senior nature of his position, he should be entitled to at least 12 months.

The court assessed the true nature of his position, rather than the title, and found that despite his title of "vice president", he was not a member of the senior management team or an executive. Specifically, the court referred to the following:

“(a) he did not have any role in supervising coworkers in his department;

(b) he was not responsible for the oversight or strategic decision making in his department;

(c) all employees in the Equity Trading division held the title of “Vice President, Equity Trading” in order to give the employees clout when dealing with Laurentian Bank’s institutional clients, not to denote senior management or executive positions within the bank;

(d) [Thomas] George was not part of Laurentian Bank’s executive team. Mr. George reported to the Director within the Equity Trading department and was three levels removed from the executive team level.”

In terms of the other factors, the court found that his job prospects were less promising than for a younger person with his experience, training and qualifications; this was supported by the facts since George was unable to find a new job over the past 15 months despite his “numerous efforts”.

The court also stated that “at the time of the hearing of this motion, Ontario continued to be coping with the economic realities of COVID-19,” but provided no further commentary on its potential impact on the assessment of the reasonable notice period.

This decision is helpful for employers since the court confirmed that in assessing an employee’s entitlement to reasonable notice under the common law, it is not the employee's title that matters, but rather, the true nature of their position. Courts will assess the actual nature of the relationship instead of judging a book by its cover.

It is also important to note that despite evidence of the employee’s efforts at finding new employment and his failure to obtain a new job over a period of 15 months, the court found the reasonable notice period to be only two months.

Interestingly, while the court briefly mentioned “the economic realities of COVID-19”, it did not analyze how the pandemic would impact the assessment of the reasonable notice period. This is likely because the court found the employee’s entitlement to be merely a couple of months, which was well before the time of the pandemic. The court may have considered the pandemic’s impact on the availability of comparable employment if the reasonable notice period had extended into March 2020 or beyond.

This decision is a good reminder for both employees and employers that courts will assess all relevant factors in making their determination and that each case will be decided based upon its own unique facts.