The neglected costs of ‘emotional labour’

Many businesses are struggling while coping with the COVID-19 outbreak but there is one psychological cost that’s not being considered enough, says a professor.

Emotional labour’s effects are especially afflicting front-line workers, who continue to show up at workplaces day after day and must interact with the public regularly.

With that burden of higher levels of emotional labour comes “increased rates of withdrawal from work, less engagement with the work that you’re doing, lower job satisfaction, higher levels of stress and burnout, increased levels of absenteeism and turnover,” says Laura Rees, assistant professor of organizational behaviour at the Smith School of Business at Queen’s University in Kingston Ont.

“It is a big deal and one that doesn’t just affect individual employees but entire organizations.”

What is emotional labour?

Emotional labour is defined as “the regulation and display of emotions in line with the implicit or explicit expectations of a job,” says Rees, who must practise this during her daily interactions.

“No one might tell me I need to be very positive and excited with my students but I know that I need to do that. It’s not written down anywhere but it is considered part of my work.” 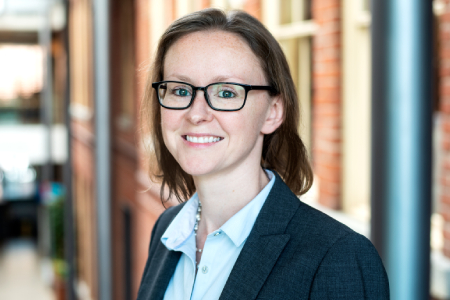 The concept is not new, according to Rees, who says the term was coined in the 1983 book The Managed Heart by Arlie Hochschild about the airline industry and the effects on flight attendants as they maintain a pleasant demeanour day after day while on the job.

“When you say, ‘Hello, how are you? You sound great,’ even though you’re really in a terrible mood, for example, we usually just refer to that as basic emotion regulation. But when it’s part of the job itself, that’s when the term emotional labour comes in,” says Rees.

It seems like emotional labour is the last type of labour that hasn’t been fully recognized, and it’s overdue, she says.

“It’s just so impactful and really influences both the cognitive and physical components, what people are doing and feeling, so it can’t be ignored.”

Emotional labour exists in most jobs, she says, and its toll must be addressed by employers.

“I would challenge you to find any job that doesn’t have emotional labour in it. Some have a lot more, like customer service or those client-facing roles for example, but every job has some level of it.”

Because of the upheaval caused by the coronavirus, basic human interaction is being challenged these days and altered, says Rees.

“So many of our basic assumptions about life in terms of: How do we interact with each other? What are those rules of social engagement? are just being challenged or even in some cases, completely thrown out the window: How do I act when I go into a shop? How do you act when you see me on the street corner? Does one of us step off into the street?”

“We now have a lot of opportunities for miscommunication and misunderstanding because the more removed you get from face-to-face communication, the more difficult it can be to understand and react well to what’s happening. We’re not seeing as much nonverbal information when we interact as we’re used to. Quite literally, we’re wearing masks so we’re seeing half of the face; half of our facial expressions are missing,” she says.

“Particularly in a Western context, that’s actually the half of the face we tend to pay more attention to.”

We’ve also taken away many of the supports and opportunities needed to recover from this “game,” says Rees.

“I’m not able anymore to go down the hall and chat with a friend about how frustrated I am or hang out in the break room with my coworkers after dealing with difficult clients all morning and relax. A lot of those supports and constraints have disappeared.”

To deal with the onslaught of more emotional labour, its presence must be acknowledged, she says.

“Many organizations have a lot of processes and structures and systems in place to protect them for physical labour but we just don’t have these things for emotional labour. Recognizing that this is an issue is an important first step because emotional labour is easier for some people than others. The cost can build up over time in ways that are hard to see.”

Once that is done, allowing workers the independence to organize their workflows to best fit their own circumstances is important, says Rees.

“The research tells us that the more you have control and autonomy over your life ― ‘I determine when I get up to get a drink of water’ or things like this ― the better things are. Giving people as much of a feeling of autonomy and control over their emotional labour as possible can be an important step too.”

And giving credit to employees is also key, says Rees.

“Besides just recognizing and starting to build long-term structures and processes and guidelines… sometimes just saying thank you can actually be a nice step too: ‘I recognize what you’re doing is really difficult. Thanks.’”

Despite a rise in mental health problems, the majority are not seeking help, found one survey, whereas communicating what benefits are available is critical in providing help for employees who need it.

Find out how employers can ensure employee wellbeing in this free webinar.