Is the 4-day workweek a 'perfect recipe for burnout'?

While the concept of allowing employees to get an extra day off is appealing, the way organizations are considering it is flawed, perhaps fatally, says one tech CEO.

“The four-day work workweek is a ham-fisted way to prevent something that is really important [to] prevent, which is burnout, because those lines between work and play or work and life are becoming blurred,” says Greg Gunn, CEO of Commit, a professional network for software engineers, in Vancouver.

“It’s a good Band-Aid but the best way to do this is actually communicate the importance of employees establishing and maintaining barriers for themselves by giving them more agency in terms of when they want to allocate those hours per week.”

Forcing employees to complete the same amount of work that was accomplished with five days and shoehorn that into four days is not the right way to do this massive change.

“Most of the companies that are deploying this new strategy are still asking their employees to work the same amount of hours but in less days, which is to me the perfect recipe for burnout,” says Gunn.

Some companies get it, says Gunn, such as Shopify, whose CEO Tobias Lutke said in December 2019 that most employees are only productive five hours per day and executives need to recognize this fact.

“Especially with remote work, you can be hyper-productive but then it’s diminishing returns. Instead of companies doing the old math of five days a week, eight hours a day, I would much rather see CEOs do the math on five to six hours a day and give people the ability to allocate those hours as they see fit, so that they can build work around their lives and not the other way around.”

The Ontario Liberal party promised to implement a four-day workweek if elected.

For such a change to be successful, “it starts at the top,” says Gunn.

“If you still have a CEO, COO, C-level that is lionizing the burnout culture and bragging about how many hours they put in, then you’re not going to be able to authentically create a culture where people feel safe doing that, and so the most important thing is walk the walk.” 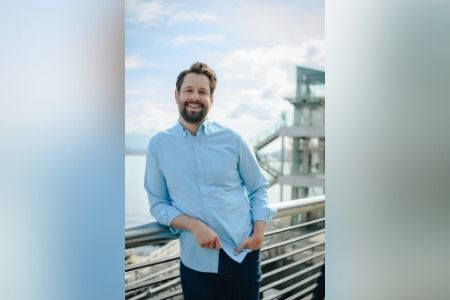 As an example, Gunn is a company founder with two young children who isn’t afraid to admit he was awake all night and won’t be productive until later in the day.

“Unless the CEO and the founders are displaying and communicating their commitment to themselves and their balance and their agency over their time, then you’re not going to have employees feeling safe to do the same.”

To recognize the contributions of KPMG in Canada's employees, the firm is offering staff four-day work weeks during the months of July and August.

The current nine-to-five model is “outdated” says Gunn, and employers who are late to realize that and rigidly mandating when workers are expected to work will find it hard to compete.

“The smart, forward-looking leaders are now seeing that the most important product that they build and produce is employment,” says Gunn. “A lot of people in fast-growth companies know that their growth is dependent on their ability to attract and retain the best talent, so naturally becoming remote-first becomes a huge competitive advantage.”

Employers who succeed will be the ones who aren’t afraid to try different things before implementing a new regime, he says.

“I’ve already seen forward-looking startups that are experimenting with no recurring meetings to really minimize the constraints in terms of somebody coming in a different time zone. I’ve even seen companies experiment with, ‘We don’t do visual calls, we only do audio calls.’”

Remember to canvass the workforce, “check in with your employees, see how they’re doing with burnout.

“For me, it’s simple steps: we had our head of customer success going on vacation and my last message was: ‘Make sure you delete Slack and Gmail.’ We need to remind ourselves to have that firewall in between working life and work-life that are going to be an essential, not nice-to-have. The next generation of workers, the ones that can live and can manage the two things effectively, will have long and very productive careers,” he says.